I think most fly fishermen would agree when I say the pinnacle of our sport is sight fishing. Whether it’s trout in New Zealand, carp on Blackfoot Reservoir, bonefish on Grand Bahama, or permit in Mexico, there is nothing in the world that can match the excitement and fulfillment of spotting a fish, presenting a fly, watching the eat, and playing the fish to hand. In my mind, sight fishing embodies everything I love about fly fishing and is the primary reason I have become so passionate about the sport. With that being said, sight fishing to 35-plus-inch taimen on the Delger River in Mongolia for seven straight days was an experience I will never forget.

The scenery was spectacular, and there were plenty of rods bent every day.

Taimen are well known for their impressive size, unwavering appetite, and predatory nature. Mongolians commonly refer to taimen as “the wolf fish” for a reason: they are not only a the top of the food chain, but they have an unparalleled amount of aggression when targeting prey, as well. There is no other fish that exists in cold, fresh water that will hunt with such determined violence. On our most recent hosted trip to Mongolia, it only took one day on the Delger River for everyone in the group to experience the thrill of watching a taimen crash the surface and eat a skated mouse pattern or Gurgler. The ensuing dinner conversation at Camp 2 was filled with words such as “insane,” “absurd,” “outrageous,” and my personal favorite, “EPIC.”

Taimen are among the most aggressive coldwater predators in the world.

Our week with the talented and professional Fish Mongolia team was blessed with perfect weather and water conditions for both taimen fishing and backcountry floating and camping. The river was clear and dropping each day, allowing us to often spot fish from 60 feet out and make calculated approaches, casts, and presentations. Most importantly, we were able to fish topwater flies 90 percent of the time to mimic a fleeing mouse, ground squirrel, or fish. I wore my waders for a grand total of four hours on the trip and swam in the river 6 out of 7 days. We ate every single meal except one breakfast outside, and by night 4, we had no need for the abundant stash of firewood neatly stashed in each of our “gers” (Mongolia yurt). 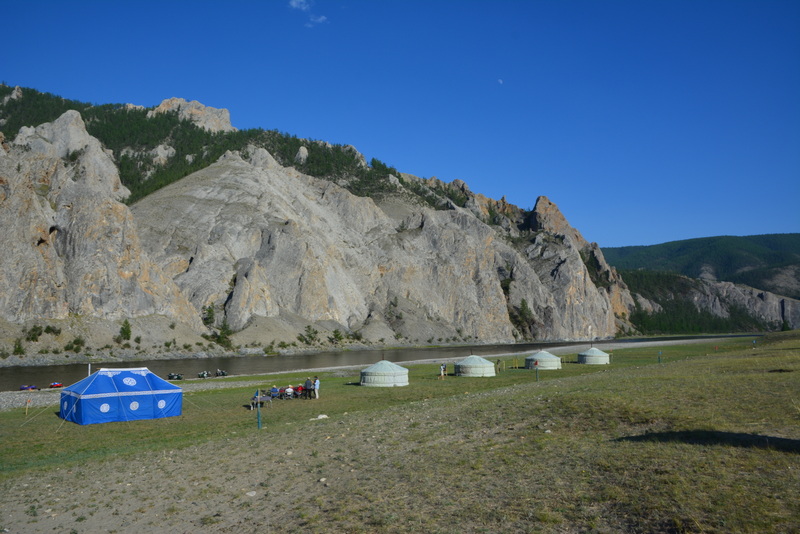 Each campsite was beautiful, as the crew slept in “gers” and ate in a main tent.

At the end of day 7, we had landed over 60 taimen, including eight over the 35-inch mark, and countless lenok trout and grayling. If the fishing wasn’t enough, the natural landscape that surrounds the Delger River is worth the two and half days of travel from Idaho alone. I dare you to find a more beautiful seven-day backcountry river float anywhere else in the world. Each day on the water, the river evolves and changes, displaying countless dramatic geographic features, from 300 foot granite canyon cliffs to glaciers and rolling meadows. Each camp is specially chosen at seemingly the most picturesque setting on the river until you realize you have been spending each night at a new location. Normally fishermen debate whose fish was bigger each night at camp. On the Delger everyone debates which camp was more beautiful. 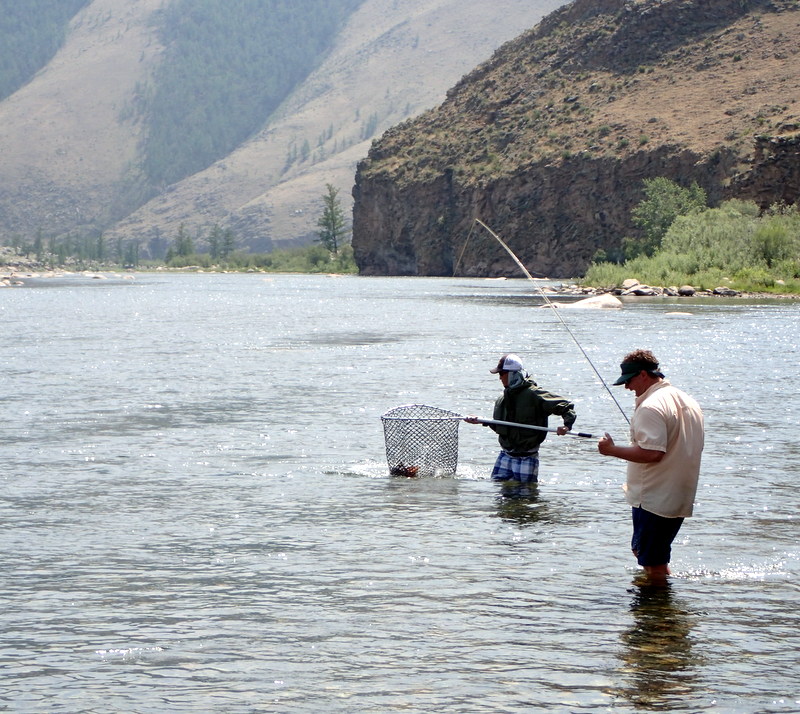 The thrill of landing a Mongolian taimen is what keeps anglers coming back.

Mongolia is special part of the world that captures countless trout fishermen’s hearts each summer and fall. It’s not around the corner for most of us, but one visit is enough to make you want to return as soon as you leave. If you love to trout fish and more importantly sight fish, a week on the Delger River in late June is an experience you cannot afford to miss.

One thought on “Trip Report: Incredible Sight-Fishing for Taimen in Mongolia”