Written by John Montana, editor Carp on the Fly 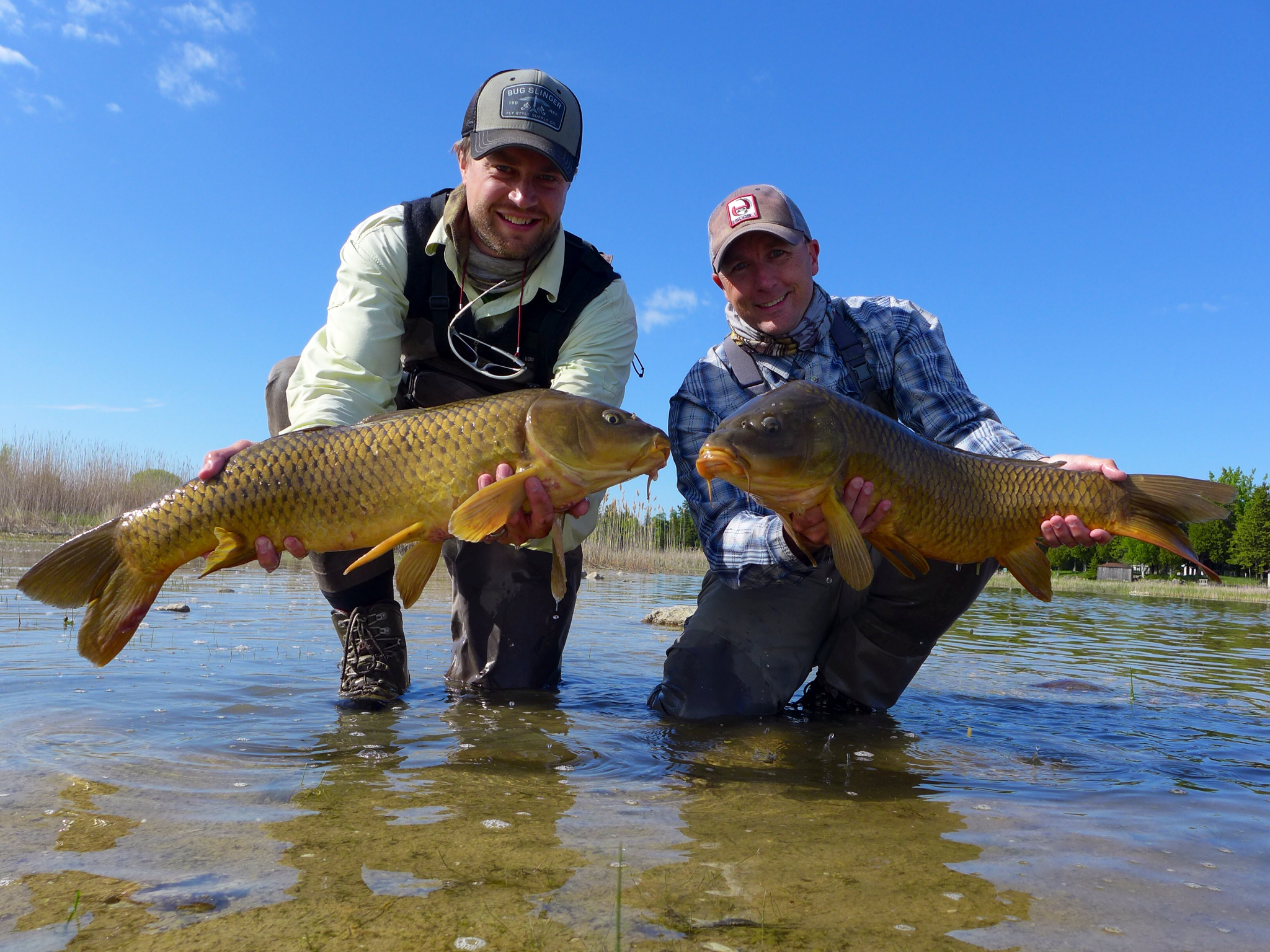 John (right) and J show off the product of a sweet double.
Photo courtesy John Montana

[Editor’s Note: John Montana, who runs the Carp on the Fly blog, lives in Oregon, but every year he makes the trek to Lake Michigan to try his hand at the huge carp there with his college buddy, “J,” who writes the Fishing and Thinking in Minnesota blog. Here’s part of his report. And don’t forget to enter this week’s Carp Photo Contest, which is focused on the smallest fish. I don’t think any of the carp shown here would apply.] 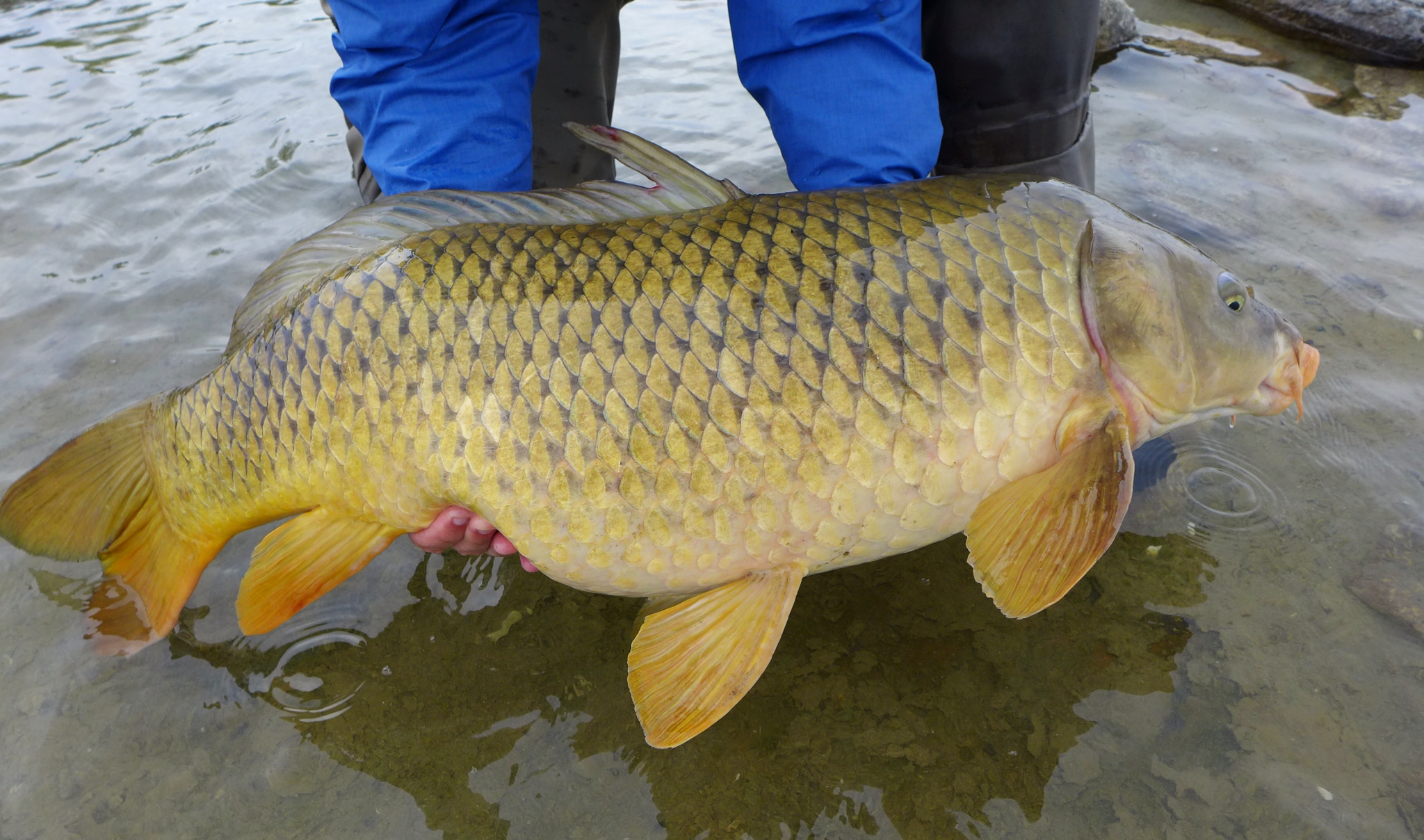 That is a serious slob.
Photo courtesy John Montana

I often speak to how difficult the Columbia River carp are, and that is truly the case. The difficulty at home lies in presenting the fly close, avoiding spooking the fish, and detecting a nearly imperceptible take at distance. It is a serious set of challenges, and to a man, everyone who has fished the river with me has agreed that the big C fish are quite difficult. 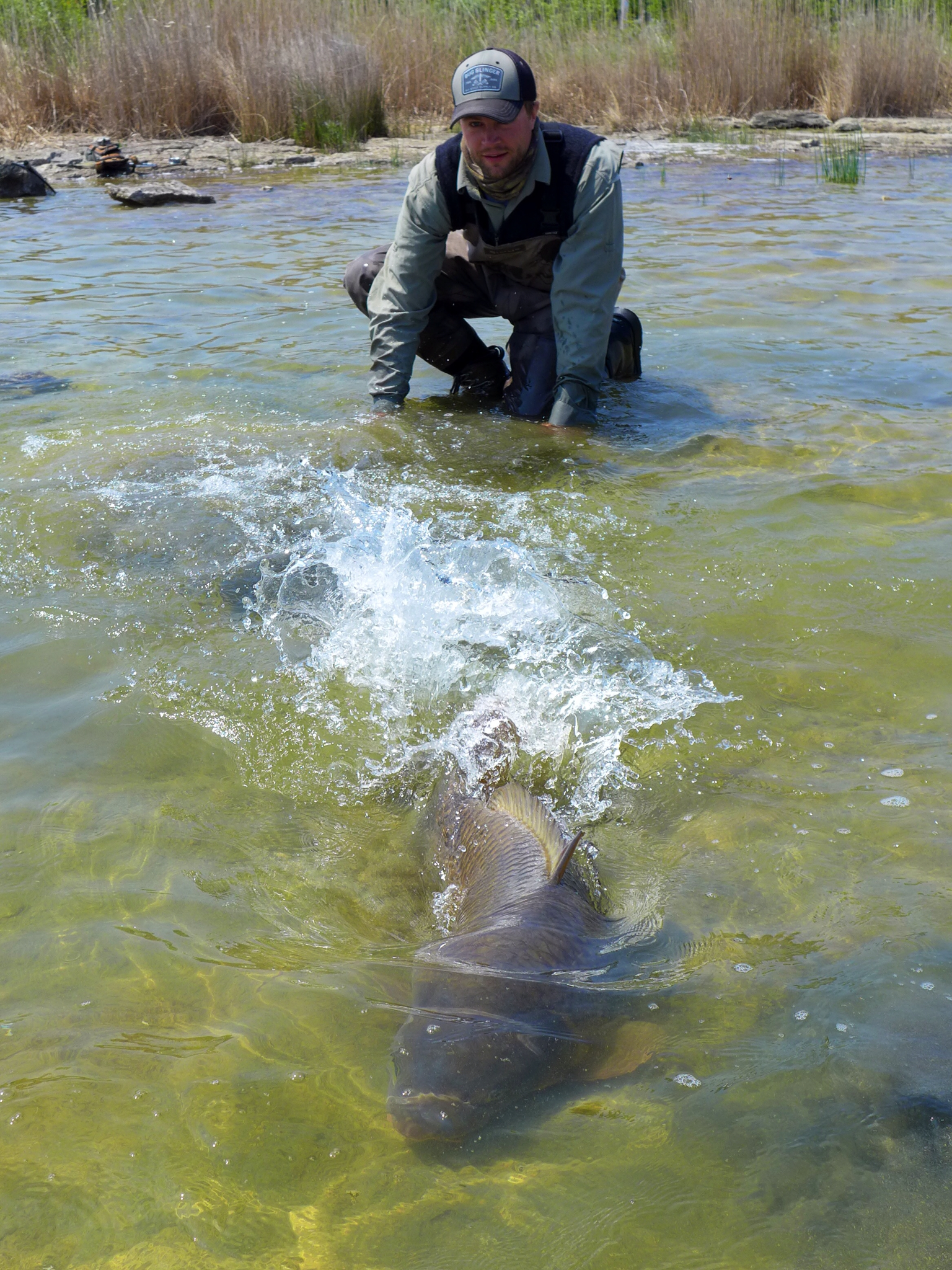 J sends one back to grow even fatter.
Photo courtesy John Montana

This isn’t to say that Lake Michigan fish are easy…in point of fact, they are not. They are still carp, and they give nothing for free, but the challenges they pose are different from the fish I chase at home. Gone are the super subtle takes, replaced by movement and, oftentimes, aggression. Gone is the need to place the fly so that it sinks mere inches from their face, replaced with the need to make long casts to moving fish and time said cast so the splash of the fly isn’t noticeable and the intercept path is perfect. For the most part, gone also is the ability to close the distance on the fish. Back home, I quite frequently put the stalk on fish, but on Lake Michigan, long casts are required. 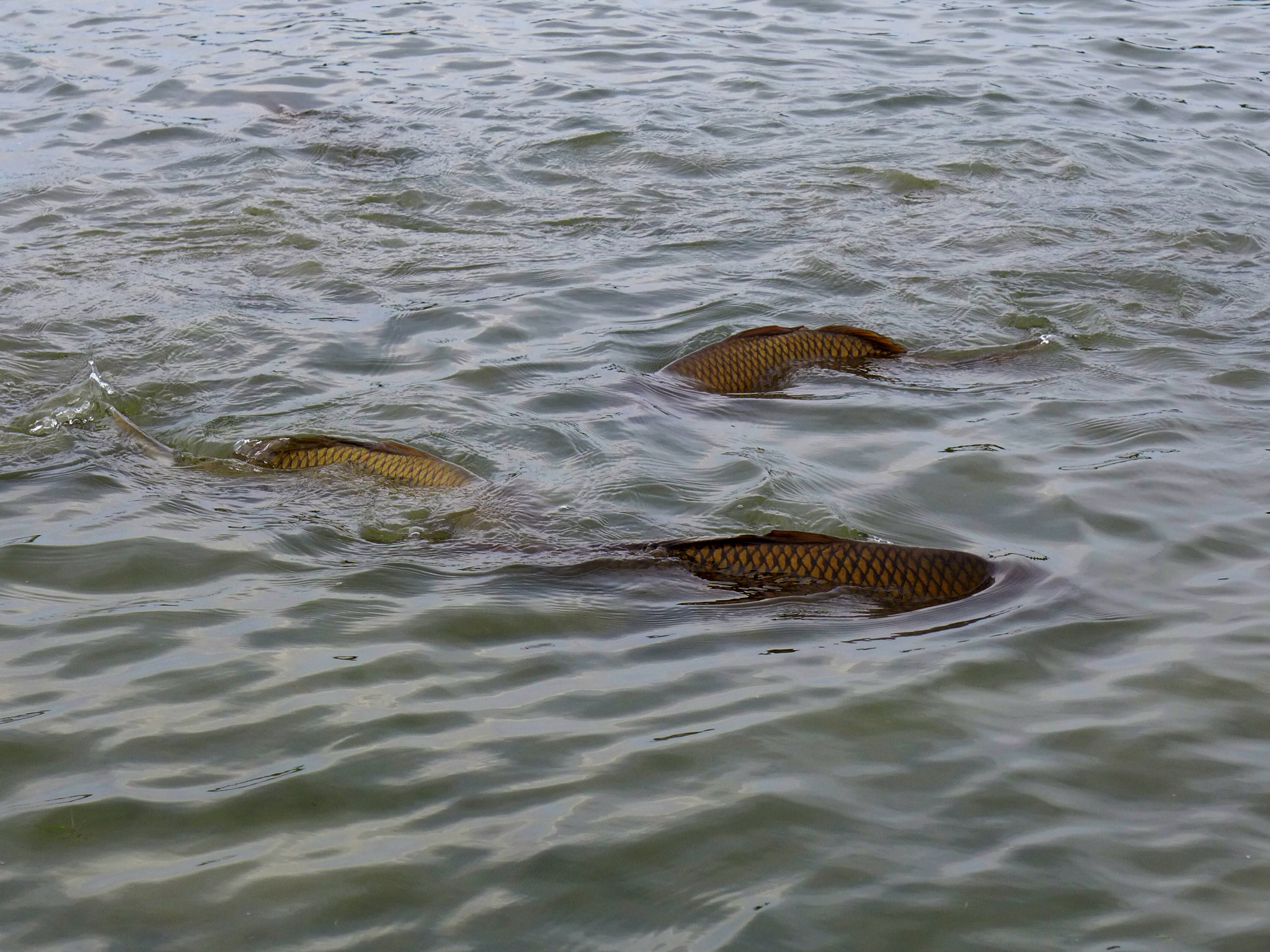 In one spot, the anglers found hundreds of carp feeding on a shallow flat.
Photo courtesy John Montana 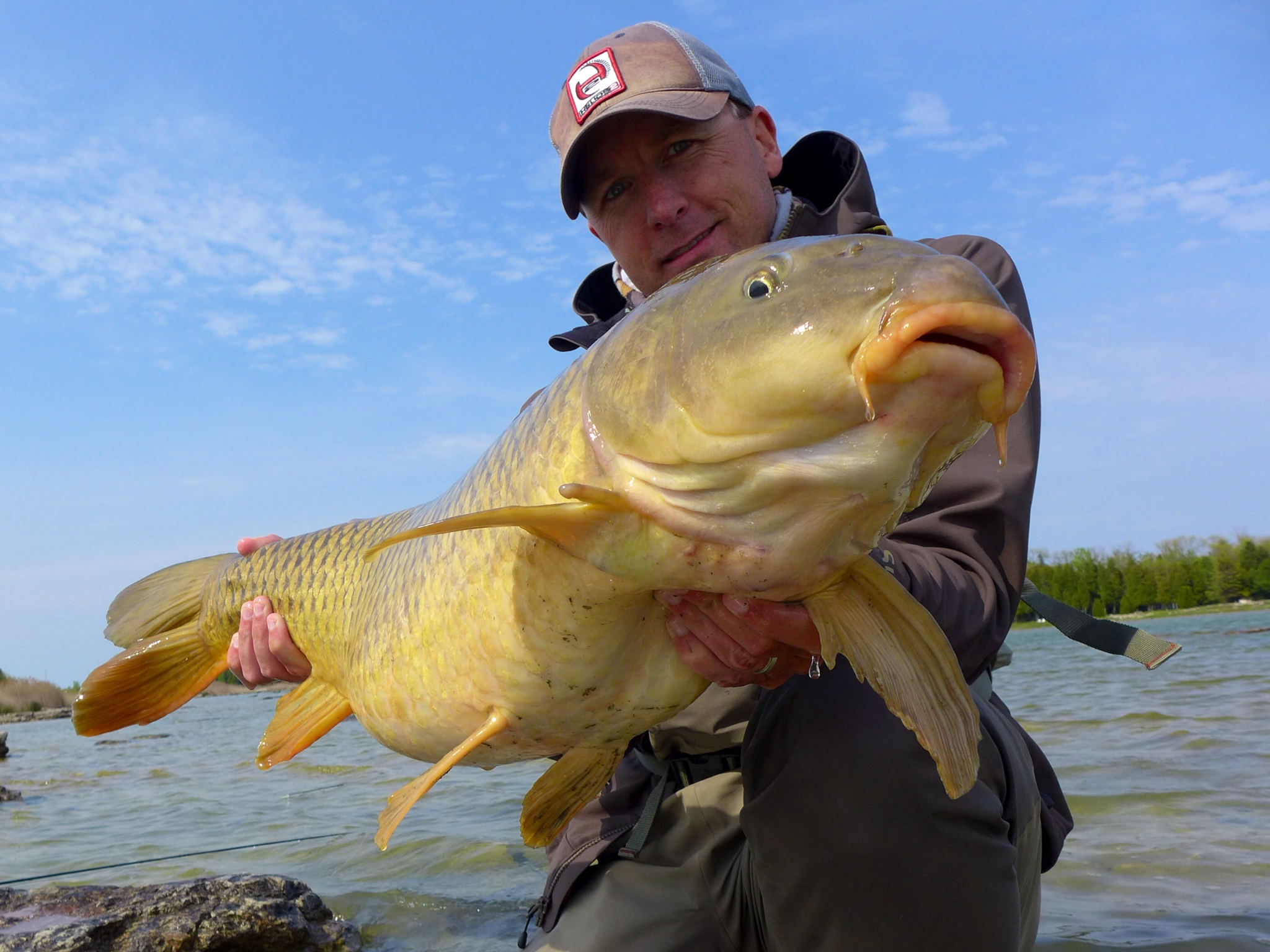 One of five fish over 20 pounds John Montana caught in a single day.
Photo courtesy J

Read lots more in the trip reports on  Carp on the Fly and Fishing and Thinking in Minnesota. 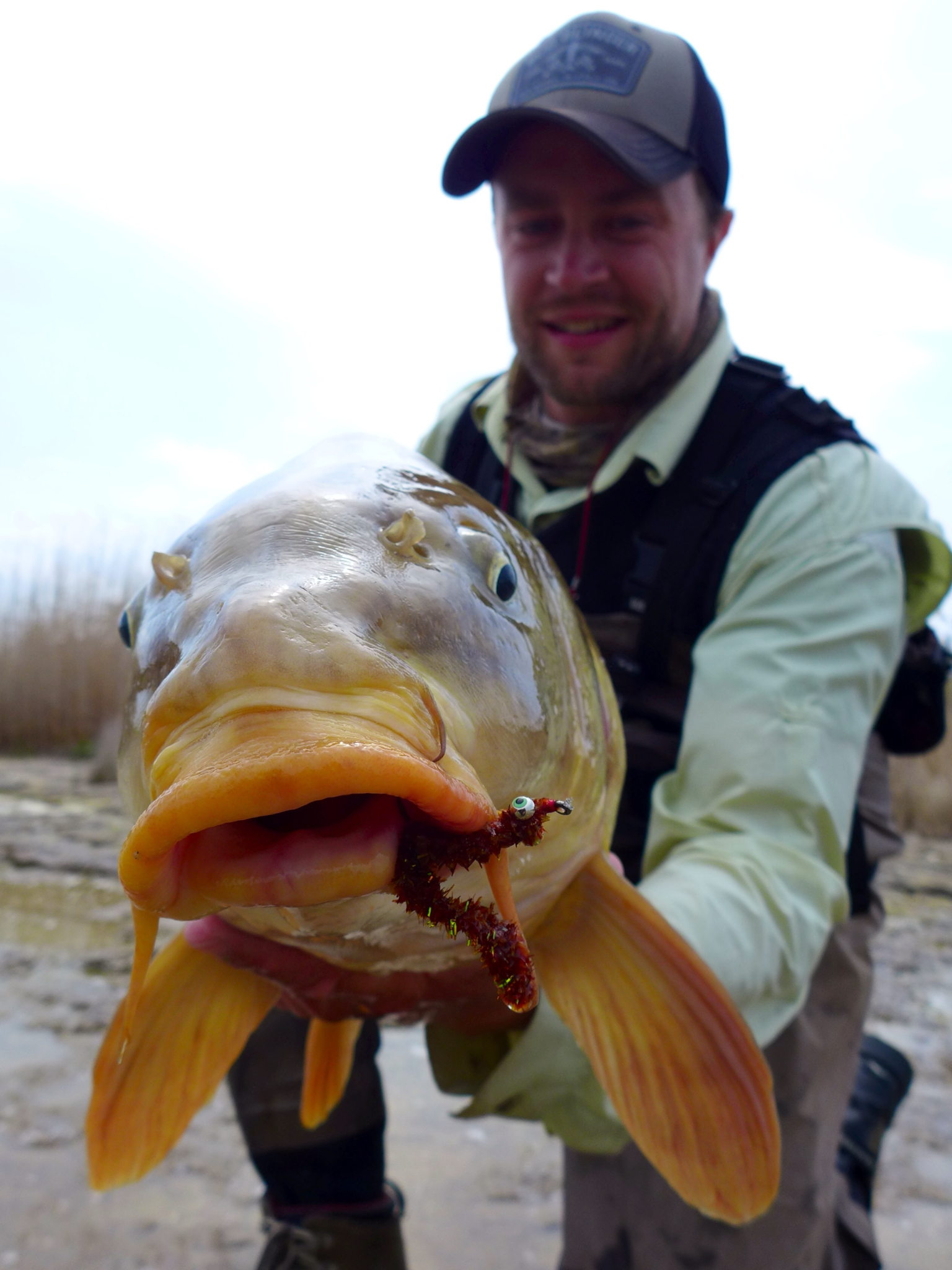