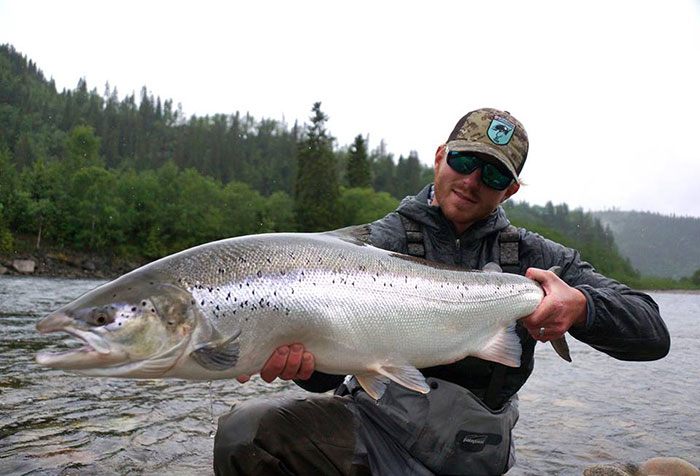 Capt. Taylor  Edrington has a pretty enviable resume, which just screams “Trout Bum.” He has lived on the Arkansas River pretty much his whole life, and has fished and guided all over the Rocky Mountain region, as well as in Alaska and the world. Taylor spent eight seasons as a full-time guide, and three years as a lodge manager in the Bristol Bay region of Alaska. He is now the owner of Royal Gorge Anglers fly shop and SoCo Anglers outfitters in Cañon City, Colorado. Check out his video (below) about a day on the “Dream Stream” section of the South Platte. 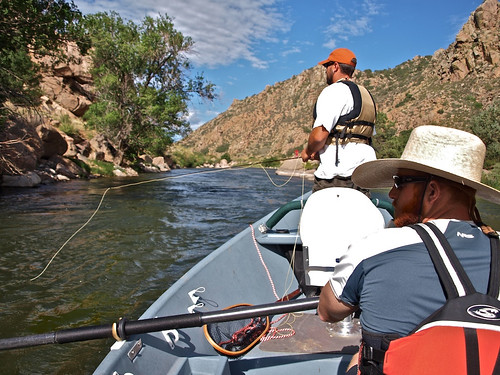 Taylor Edrington at the oars, doing what he does best.

We asked Taylor a series of questions about his favorite sport, and here are his replies:

1. When did you start fly fishing?
I caught my first fish on a fly rod at the age of 6 months, from the arms of my father–of course, with a little help. From then on, I was obsessed with everything fly fishing. I began really spending a lot of time on the water in high school, after class and football practice, and began making trips to destination angling locations as early as middle school with my father and his guide compadres.

2. What’s your favorite water?
My favorite watershed is the Situk River in southeastern Alaska. I spent seven years as a guide in southwestern Alaska on the waters of Lake Iliamna and Katmai National Park. Every year, after the season, I would try to make the obligatory cold-weather steelheading trip to the the coast of southeastern Alaska and British Columbia. Out of all of these rivers, the Situk stole my heart and forever holds that number one spot. The truly majestic small river and rainforest feel of the Situk is tremendous, not to mention the best single-river steelhead runs I have ever experienced.

3. What’s your most memorable fly-fishing moment?
My most memorable fishing moment was this year in late February on the Olympic Peninsula. I and a good friend whom I guided with for several years in Alaska and Colorado decided to hike into the upper Hoh River system after a pretty substantial snow. The water level was receding, and the recent run of steelhead had shot straight up into the upper reaches of the system. This was the first time I had fished the upper, upper Hoh, and it took my breath away. I could have quit after the walk in. The giant redwood trees hung with moss, and we were the only fishermen for miles and miles. On the way in, we saw three herds of elk, and when we reached the river it was low a crystal clear. We sight-fished to dime bright 10- to 20-pound steelhead in 20-foot-wide channels of Hoh all day. Not only that, but I got to spend that enchanted day with a great friend. That is one that will go down in the books.

4. What’s your most forgettable fly-fishing moment?
My most Forgettable moment was on the Missouri River during the fire and drought year of 2002. We rolled over there after an incredible week on the Bighorn, to a sight to behold. Literally everything on that side of the state of Montana was on fire. And we made the mistake of going ahead with a float. The water temps were pushing the lower 70s and after the first fish almost keeled over after a 20-second fight, we just rowed out. 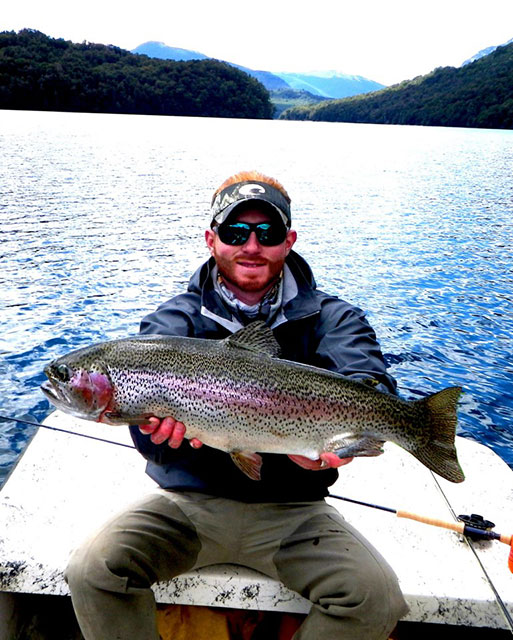 Taylor landed this fat rainbow on a visit to Rio Manso in Argentina.

5. What do you love most about fly fishing?
What I love about fly fishing is short and sweet. I love the fact that everything disappears when you are the river. All of your troubles wash away with the steps you make in the river. And as icing on the cake, you get to play a game of wits with some of the most beautiful creatures on earth, and every now and then you get to connect with them. 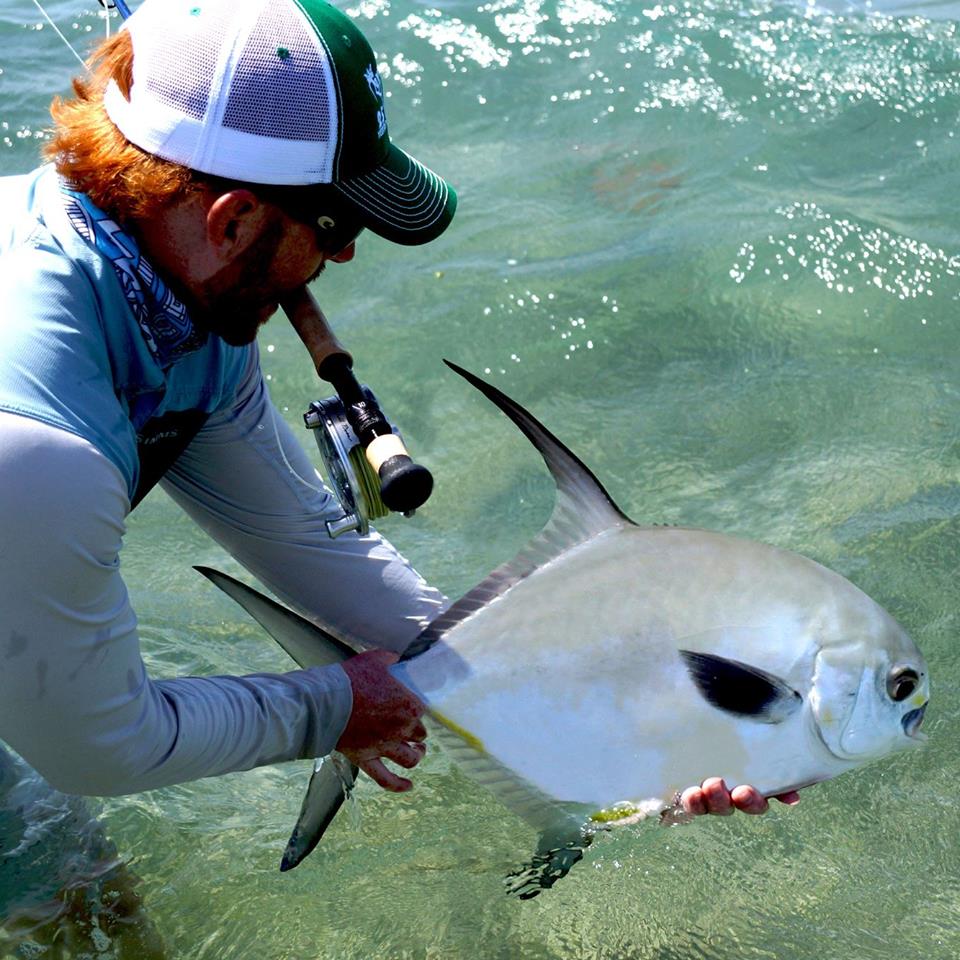 Like many Rocky Mountain guides, Taylor has an obsession with flats species.