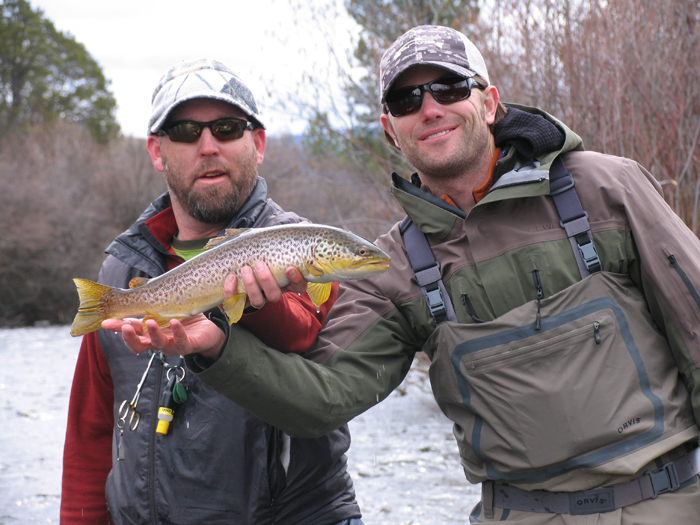 A couple years ago, we ran a series called “Trout Bum of the Week,” in which we highlighted some of the guys living the good life. . .of a sort. (See the bottom of this post for a link to the previous installments.) This is our second round of profiles. Most of the subjects are guides who have turned their passion into a vocation, spending their time in an outdoor “office” that may include a drift boat, gorgeous mountain scenery, and crystal clear water. Others do have day jobs but manage to spend every other available minute on the water with a fly rod in hand. Whether you aspire to one lifestyle or the other, it’s illuminating to explore the different paths these men and women have taken on their way to achieving “trout bum” status.

Pat Kane has been a fly-fishing guide in western Montana since the mid 1990s. For several years, he also guided in South America during the Montana off-season. (In 2002, The Missoulian ran a story on Pat’s annual southward migration.) He currently guides for PRO Outfitters.

1. When did you start fly fishing?

I grew up with a fishing pole and a tackle box and can remember watching my dad fly-fish on some great trout streams in Northern California and Western Montana. My first fly-fishing experience was in 1982 on the North Fork of the Big Hole River in Montana. I was 10 years old. 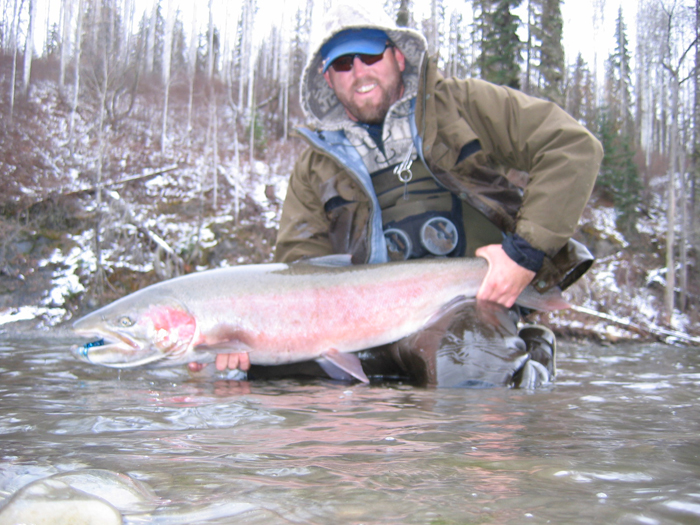 Pat hoists a gorgeous wild steelhead on one of his jaunts to British Columbia.
Photo courtesy Pat Kane

2. What’s your favorite water?
That’s a hard question to answer. I know the Rivers of Western Montana the best,  I’ve spent several seasons guiding on the glacial blue waters in Chilean Patagonia, and I’ve made a number of memorable steelhead trips to British Columbia. How about saltwater!

3. What’s your favorite fly rod quarry and why?
Right now,  I’d have to say tarpon. Last spring, my friend Capt. Kyle Giampalli out of Naples, Florida, put me on some of those giants for my first time. In fact, I will be there again this April to look for the silver beasts.

4. What’s your most memorable fly-fishing moment?
There are a few that come to mind, but I would have to say my most memorable moment is from my first fly-fishing experience. I was with my Dad and older brother wade-fishing on the North Fork of the Big Hole. I remember my dad tying on a size 12 yellow Humpy. I will never forget casting the fly onto the water and having a strike on every cast. I kept missing the strike. Over and over and over. After a while spent untangling my brother’s mess, My dad returned his attention to me. I was fishing with a fly with no hook, probably from slamming my awesome backcast into the rocks behind me. Go figure. We ended up catching a ton of fish that day. However, ask my Dad about that day, and he will tell you that It was one tangle after another between me and my brother. 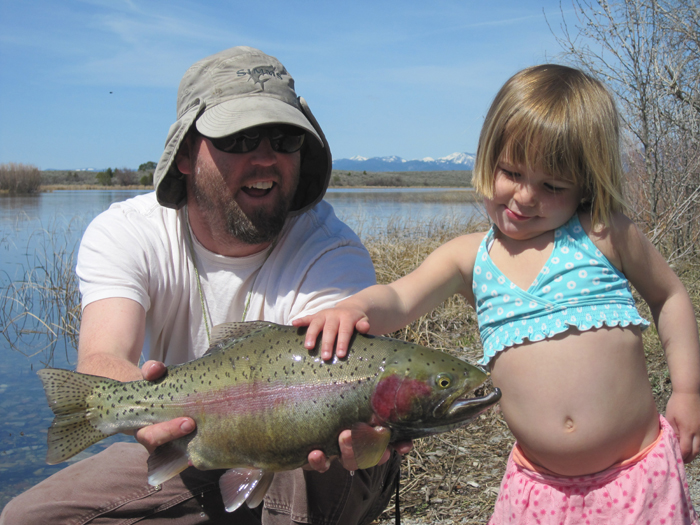 When he’s not on the clock, Pat enjoys sharing his love of fly fishing with his daughter.
Photo courtesy Pat Kane

5. What’s your most forgettable fly-fishing moment?
I have driven home a couple times with my rod unsecured on top of my truck. My most recent one was two seasons ago, with an Orvis 11-05 Access Switch. I had fished a spot on the lower Blackfoot, about 10 minutes from my house. Immediately upon entering my driveway, I remembered what I had done! Panic mode. I raced back up Highway 200 thinking that someone was going to pick it up. When I got there, I saw nothing, parked the truck and started to search. I first spotted the spool from the reel and then about a 4-inch piece of the cork. I then collected the rod fragments; the longest piece of shattered graphite might have been 8 inches long. It had been smoked by several vehicles. I want to say thanks again to Orvis for replacing that rod.

6. What do you love most about fly-fishing?
I would have to say that it’s the challenge—such as, creating a drift in strange moving currents, rowing away from a rising fish that could not be caught (or should I say, “that I could not catch!”), or throwing a long toss to a cruising tarpon with stiff cross wind. The challenges for a fly fisherman are never-ending. The challenges for a fishing guide, at times, are even greater. One of my most memorable guide days last season was with a physically handicapped boy and his father, a challenge indeed and a great day on the water.

7. What’s your favorite piece of gear and why?
Is it raining? My net. 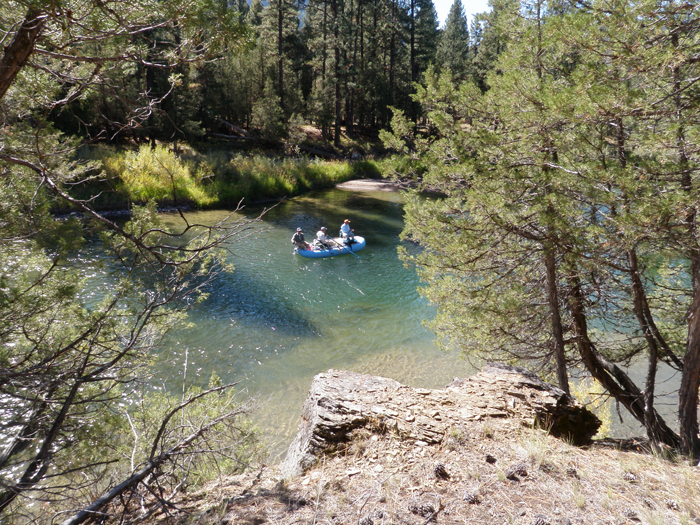 8. What’s your go-to fly when nothing else is working?
Size 12 yellow Humpy.

9. What was your favorite fly-fishing trip?
At the end of my first season of guiding in Chile in 2000, four of us  drove 20+ hours to Tierra del Fuego. We had been given access to an Estancia on the Rio Grand inside Chile. We camped for two weeks in a small shack that had seen its share of sheep slaughterings. It was the only time that I have slept in a tent while inside a building. It was the most remote place that I’ve ever been, and we caught some pretty nice sea-run browns.

10. What’s your next dream destination?
I would really like to check out Mexico’s Yucatan with my wife. New Zealand sounds pretty nice, as well, but she has already been there.

2 thoughts on “Trout Bum of the Week XVI: Pat Kane”