Salmonflies provide trout with a T-bone-size meal, but the hatch isn’t easy to fish.
Photo by John Way

The salmon fly hatch on many of the bigger rivers of Montana is by far the best time to catch a trophy fish on a dry fly. That being said, this hatch is hard to predict, as well as often associated with high-water fishing conditions. Even for those lucky souls who do manage to get it right and are in Montana during the peak, there is often confusion on how to fish this hatch.

The salmonfly nymph spends four years in the river, but just a few short days as a winged insect. Those few days drive the fish wild, as large chunks of protein are constantly floating by them like a conveyor belt of T-bones. After guiding this hatch for over 20 years in Montana, I have learned a few lessons.

1. Find the Bugs. Salmonflies are not everywhere, even equally distributed on popular sections. You will float these rivers and float past hundreds of flying bugs. The next bend in the river has none, followed by dry-fly nirvana again. Keep moving until you find flying insects and fish that will eat them. Make your day on these short sections of river. 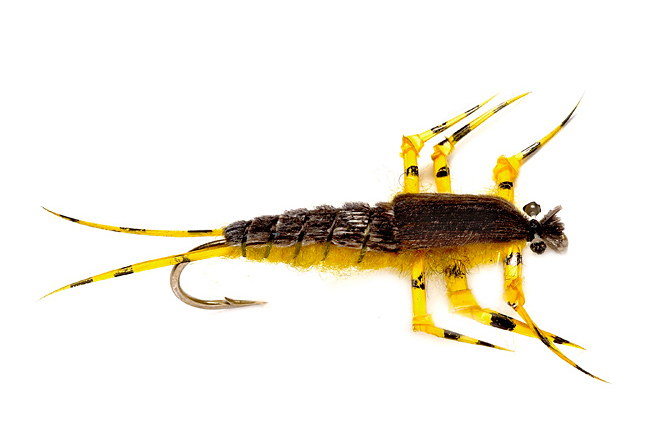 Using a nymph such as Ted’s Golden Stone can be more productive than drifting a dry.
Photo via orvis.com

2. Fish Either Side of Peak. In theory the salmon fly hatch moves upstream in a methodical fashion. Either fish above the hatch or two or three days below the peak emergence. Those above the peak are getting fresh fish that are just seeing these bugs for the first time. Directly at the peak, most of the fish are stuffed and cannot eat another bug. Two days below the peak, the fish are back on the feed and ready to eat again.

3. Drop Down in Size. Most people’s salmonfly imitations are just too big. Yes, if you compare a natural with all the imitations in your box, they may be a true size 4. But I have found better luck with a smaller imitation, around a size 8-10.

4. Fish Nymphs. More giant fish are taken each year during the salmonfly hatch either on a stonefly nymph or on a smaller golden stone, caddisfly, or mayfly nymph. For every dry a big fish eats, he eats 10 nymphs. Drop a small rubber-leg nymph behind your dry for added success. 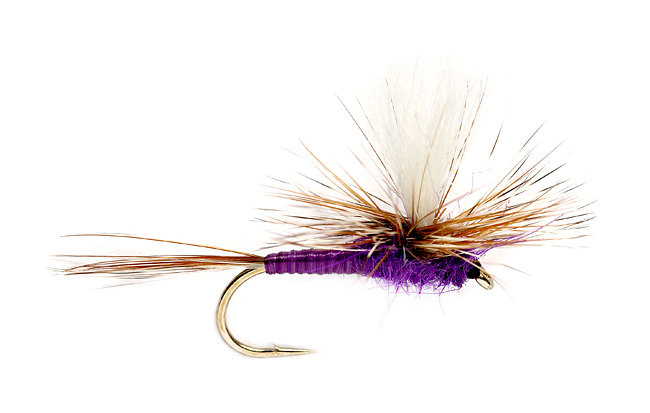 Drifting a mayfly pattern, such as an Adam’s Purple Parachute can tempt fish sick of big foam bugs.
Photo via orvis.com

5. Use Other Dry Flies. Also, some of the bigger fish up feeding on salmonflies will take a golden stone, caddisfly, or mayfly dry fly much easier than an artificial salmonfly, especially after they have seen hundreds of orange foam creations from other anglers. Many hatches overlap the salmonflies, and often you will find the bigger fish keying on one of these smaller insects.

If you have never experienced the salmonfly hatch, you really need to put it on your bucket list. It can be a magical and productive time for the angler who is prepared.

One thought on “Tuesday Tip: 5 Strategies for Salmonfly Success”