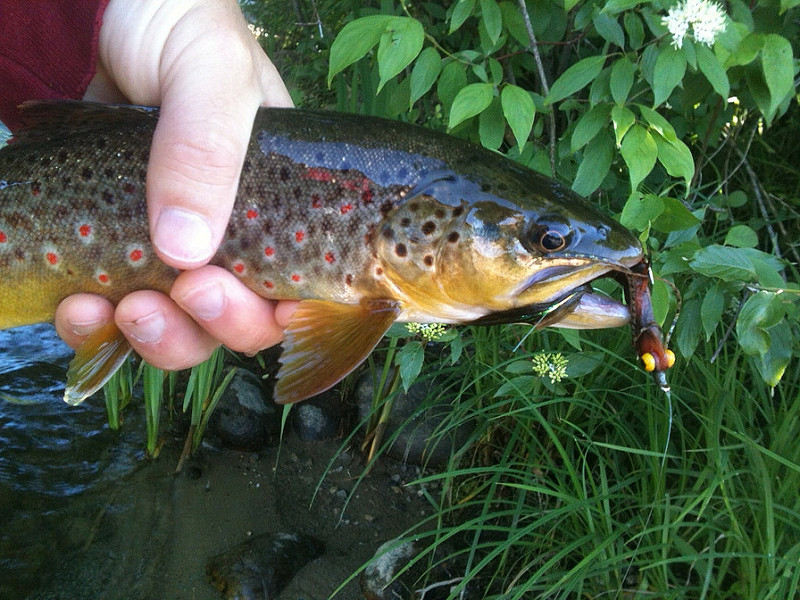 The combination of a sinking tip and a heavy fly allows you to get very deep very quickly.
Photo by Phil Monahan

I do a lot of streamer fishing because my home river, the Battenkill, has a low trout-per-mile number, so you need to cover a lot of water to find the fish. Also, Battenkill browns don’t rise nearly as much as fish in other rivers, except during Hendrickson spinnerfalls. So if you want to hook one of the 20-inchers that lurk in the ‘Kill, you usually have to chuck streamers.

My old fishing buddy Joe Phillips is a real streamer aficionado, and before he moved away, he caught more Battenkill browns over 20 inches than anyone I knew. Joe never uses anything but a floating line. He gets his streamers down to the fish by using a long fluorocarbon leader, weighted patterns, and split shot. But he also switches back and forth between nymph rigs and streamer rigs fairly frequently, so using a floating line cuts down on the re-rigging time. I’m sure that Joe would also argue that the long leader allows the fly to move more naturally in the current, which draws more strikes. Whatever the reason, his system clearly works.

Unlike Joe, I like to use a sinking-tip line or a separate sinking tip that attaches to a floating line with a loop-to-loop connection. This allows me to use a shorter leader—between 3 and 4 feet—which helps with accuracy and makes me feel more directly connected to the fish when I set the hook. With a sinking tip, I’m confident that my fly is getting down into the strike zone quickly, and I feel as if I know exactly where my fly is at all times. In general, a sinking tip will also cast easier than will a rig with a long leader and lots of weight. 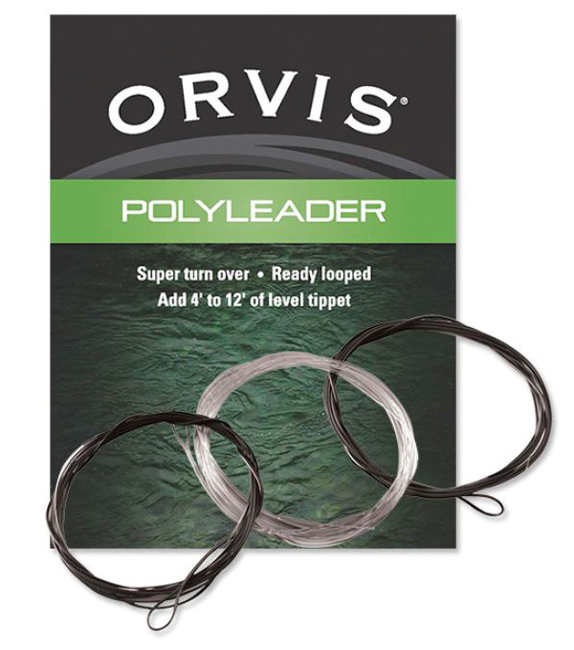 PolyLeaders are available in different sink rates to match the conditions.
Photo via orvis.com

If you don’t want to buy another spool for your reel, check out one of the many interchangeable-tip systems on the market, such as the Orvis PolyLeader. Most come with tips of different densities and sink rates, so you can tailor your rig to the kind of water you’re fishing—fast or slow, shallow or deep. In general, these multi-tips don’t cast as well as integrated sinking tips, but the ability to quickly re-rig can be worth the hassle.

Whatever system you use, the key is getting the streamer in front of the fish. If you’re not getting deep enough, the fly goes over the trout’s heads and you won’t get many strikes. Hardcore streamer fishermen lose a fair number of flies because they are keeping their patterns right on the bottom, close to structure. One of my old angling gurus told me, “If you ain’t losing a few flies, you ain’t doing it right.”

Even when I have a fast-sinking tip on, I like to cast well upstream of the target lie and allow the fly to get to the bottom. If the water is fast and deep, I’ll cast my streamer quartering upstream and high-stick it past my position before I start stripping or letting it swing. That way, the fly looks like a baitfish swimming upward off the bottom, a suicidal path that trout will often intercept.

So, ultimately, the specific rig you use is less important than the result:

If you’re concerned about cost, try it with the floating line you already have plus a long leader and some weight. A mid-level purchase would be a multi-tip system, which is versatile, but perhaps clunky to cast. And if you feel you’ll be doing a lot of streamer fishing, invest in a second spool for your real and a high-quality integrated-tip line.