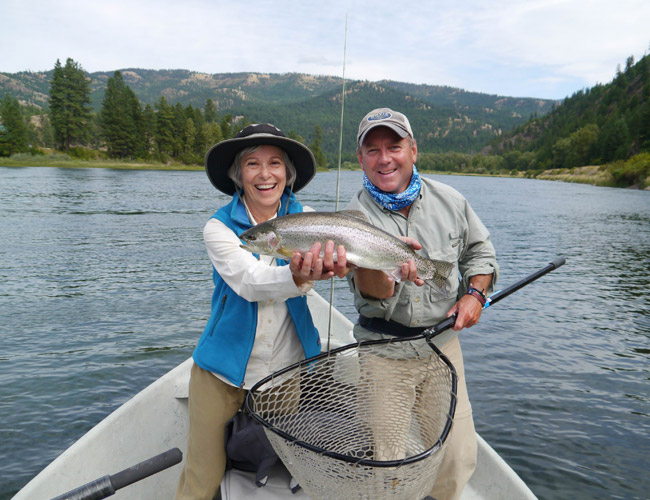 Listen, pay attention, be honest about your skills, and smile. . .the goal is to have a good time, right?
Photo courtesy Linehan Outfitting

For some anglers, fishing with a guide can cause a little bit of anxiety. No one wants to make a stupid mistake or say something ridiculous in front of a guide because no one wants to be “that guy”—the one whom the guide and his buddies make fun of later on at the bar.

First of all, having worked with and for many guides, I can assure you that plenty of them are asses and “that guy,” so don’t get all worked up thinking that every guide is part of some cool crowd that you want to be part of. They may occasionally get the rock star treatment in the angling press and films, but the vast majority of guides are just regular folk trying to make a living doing something they love. Don’t feel like you have to act the part of the “cool client”; just be yourself.

That said, there are a few things you can do to make your guide think highly of you:

1. Before you fish with the guide, offer an honest assessment of your skills. It will help the guide tailor the day to give you the best chances for success. When I guided in Yellowstone National Park, I had several anglers tell me that they were experts and wanted to test their skills against the wily trout of Slough Creek. Once we got there and they started slapping the water, I knew that we were in for a long, unproductive day. Had they been honest, I could have taken them to other streams where the water wasn’t so low and clear and the fish were less wary.

2. Don’t tell the guide what your expectations are; instead ask him (or her) what reasonable expectations should be. You are showing up to fish the guide’s water on a single day. The guide has probably been fishing it all season and knows what to expect. Ask about the conditions/weather/river flow/hatches/etc. and actually listen to what the guide says. This will help you get in the right mindset for the day ahead. I once had a client who insisted that we float the Yellowstone, through Paradise Valley, even though the river was the color of chocolate milk from several days of heavy rain. He asked me what his chances of catching a fish were, and I said, “Zero to none.” I was right, but he was still pissed at me at the end of the day—so neither of us was happy. 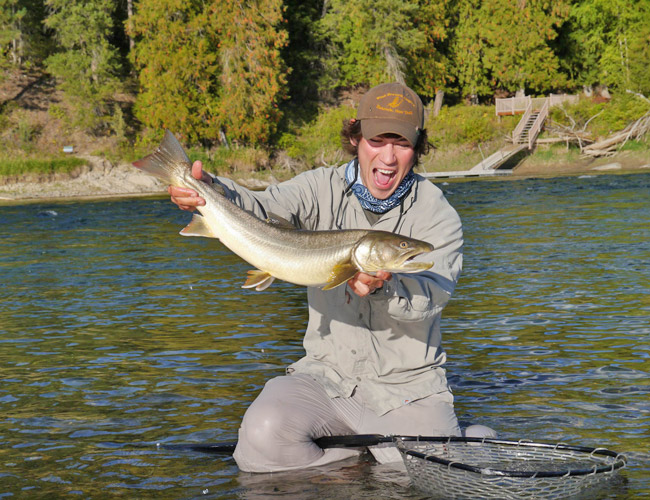 Your guide’s expertise is what you’re paying for. Use it.
Photo courtesy Linehan Outfitting

3. Listen to the guide’s instructions and suggestions, and then follow them. See above. The guide knows the water better than you; that’s why you’re paying him or her. I was always astonished when a client would ask what fly to use and then ignore my advice altogether—despite the fact that my advice was based on weeks of observation. For instance, once the sockeyes were on their redds on Alaska’s Copper River, you had three fly choices for rainbows—eggs, eggs, or eggs. Yet clients would insist on casting their “hot” patterns from back home. Eventually, they’d come around, but they caught fewer fish because of their belief that they knew better.

4. Have a smile on your face. Fishing is supposed to be fun, but it’s tough for a guide to enjoy a day when his client can’t enjoy it. Look around, enjoy the scenery, rejoice in the opportunity to be on the water—no matter what the conditions. You could be back in the office, you know.

Trust me, the vast majority of guides would rather spend the day helping a beginning angler who observes these four rules catch one fish than endure eight hours with a know-it-all grumbler who catches two dozen big trout.

9 thoughts on “Tuesday Tips: How to Be a Good Client for Your Guide”