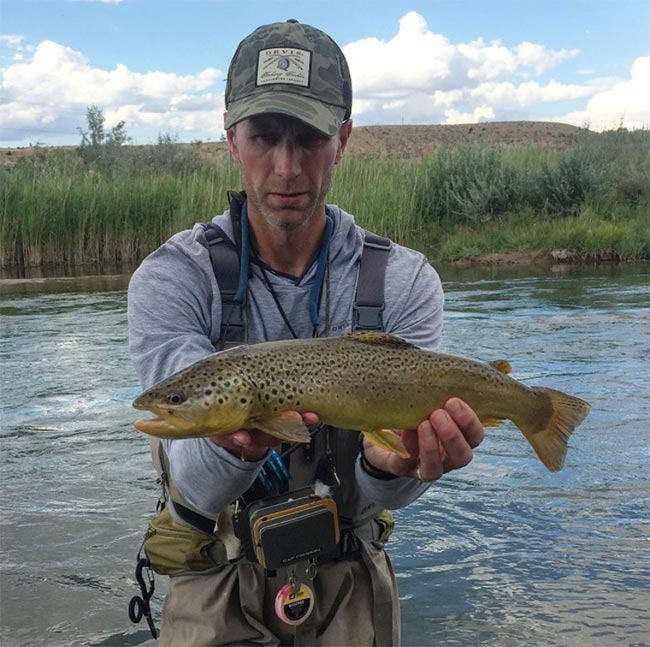 The author increased his success with streamers by watching a skilled bait fisherman, his father-in-law.
Photo via Instagram

The concept of neutral buoyancy is something we all learned in high school. However, it wasn’t until I began streamer fishing in my late teens that I found a practical use for this concept. In short, neutral buoyancy means that an object in water will neither float to the surface nor sink to the bottom; instead, it will suspend. So why would this be important to the streamer angler? For me, the idea of neutral buoyancy has allowed me to develop a better streamer approach for the waters I fish in central Pennsylvania–home of limestone rivers and spring creeks.

My approach to streamer fishing has changed over the years, from a fast-moving “strip like hell” approach to a drift-and-twitch presentation that I feel does a better job imitating a wounded baitfish. When observing a wounded minnow in the water, you may notice the fish drifting with the current along with the occasionally twitching or kicking. The injured minnow will also drop toward the stream bottom in a slow, downward gliding motion, not like a rock. While heavily weighted streamers have their place–and I fish these patterns frequently in pocket water–I rely on neutral streamers when I’m fishing upstream. 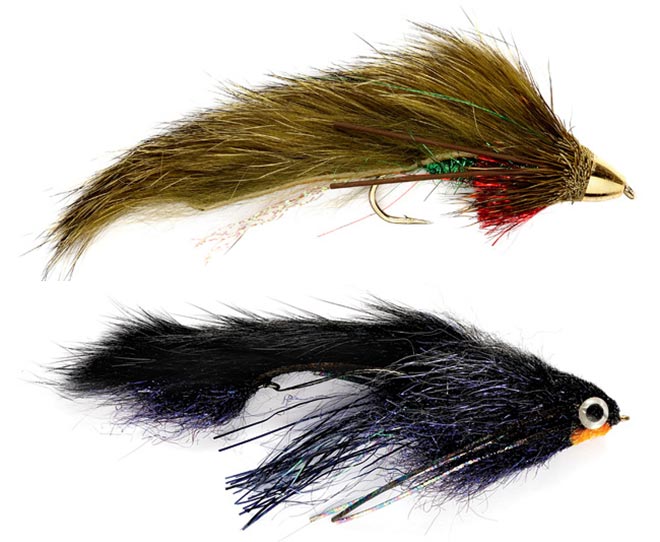 The Conehead Bunny Muddler (top) and Senyo’s Iced Out Sculpin work well with a drift-and-twitch presentation.
Photos via orvis.com

One of my first lessons in this approach came from watching my father-in-law fish a live minnow without any added weight in slower moving pools. I observed how the minnow would slowly sink without falling completely to the stream bottom. It would kick and swim, staying somewhere in the middle of the water column. Of course, the minnows he was fishing had an air bladder, which allows the fish to increase or decrease its buoyancy. When the minnow died and was no longer able to maintain air in the bladder, it would sink to the bottom, and this is the moment a new minnow was placed on the leader. My father in law felt he had more success while the minnow was drifting a foot or so off the bottom, giving an occasional kick or twitch.

I ashamed to say that, while I remembered the conversation, it wasn’t until a number of years later that I applied that lesson to the fly rod. Some fly fishers get struck in a rut of fishing only one pattern type, and I suspect that’s what happened to me with heavily weighted streamers. I caught fish, but there were situations (e.g. cold snaps or off-color water) where I wasn’t as successful as my fishing partners. Although there were several reasons for my lack of success, after numerous tests, I came reached the conclusion I was fishing streamers that were too heavy. The streams I fish are not deep, and the only way I could keep my dumbbell- and tungsten-weighted streamers off the bottom was to maintain constant tension by using a quicker retrieve. As it turned out, this made me fish my flies too fast, whereas some of my fly-fishing friends and father-in-law were often fishing with half the retrieval speed. Of course, a faster retrieve will work in some conditions, but when the water is cold or when visibility is low, a slower retrieve works better. When I slowed things down, my success rate immediatly went up. 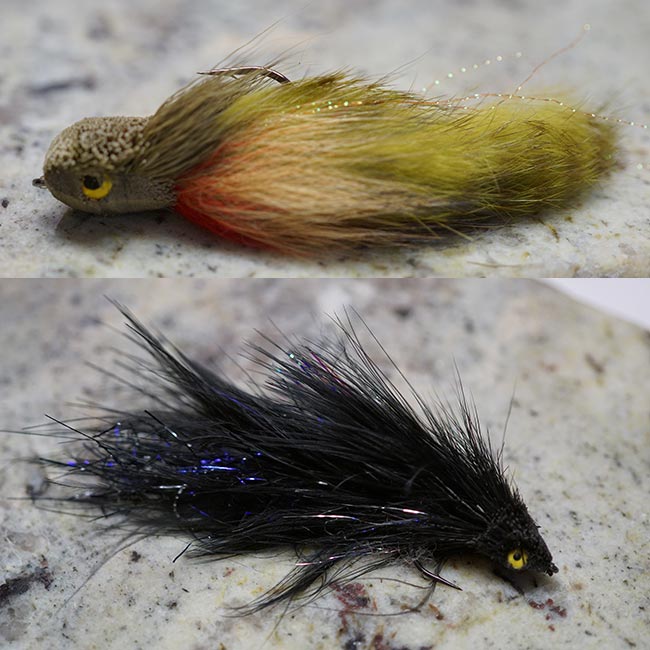 What I’m looking for in a streamer is a pattern that isn’t 100% neutral. Meaning, the pattern has just enough weight where it will slowly sink. I cast the streamer upstream, and then pull it downward into the water column where it will drift at that approximate level during the presentation. I’ll strip in the excess line as the drift comes towards me, with an occasional downward twitch of the rod tip to create a slight kicking action of the fly. My goal is to maintain a slow drift, just slightly little faster than the current.

The patterns included here are several examples of neutrally buoyant streamer patterns I use with a floating line, as many of my home waters are too shallow to fish with sinking tips or full-sinking fly lines. 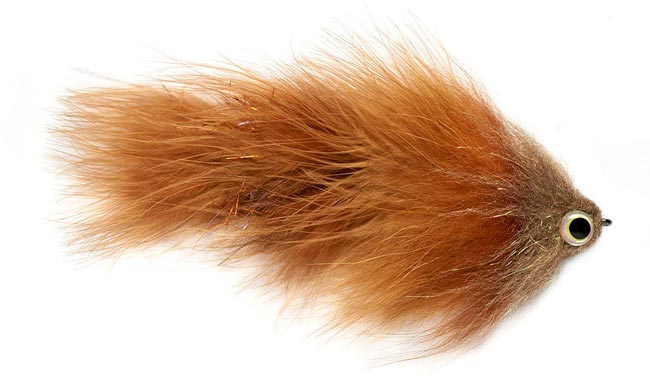 Mike Schmidt’s Junkyard Dog can be fished with a sinking-tip line and still stay in the middle of the water column.
Photo via orvis.com