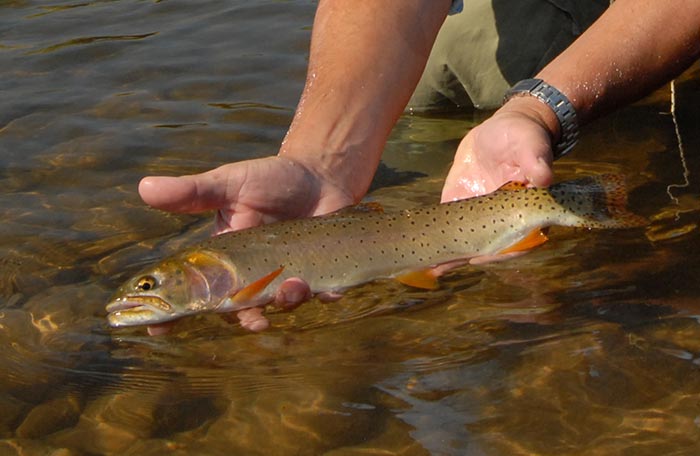 On the second day of our Utah Cutthroat Slam adventure, TU’s Jim DeRito wanted to head downstream on the Bear River to see how the habitat work in the headwaters benefited the fishery below. Bear River cutthroats are “fluvial,” which means that they travel within the river system as part of their life history—living in the main river but heading up small tributaries  and the headwaters of the main stem to spawn. Therefore, providing connected spawning habitat is vital to a healthy population. 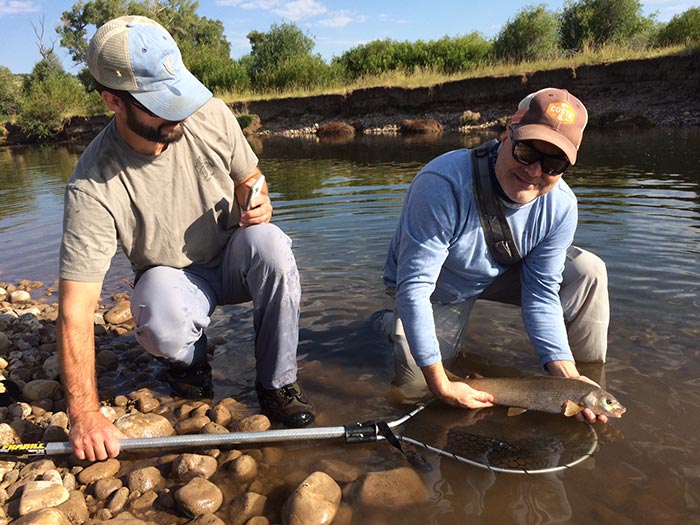 We were amazed that this whitefish could get its lips around the big conehead streamer I was fishing.
Photo by Fred Hays

Unlike the freestone stretch we fished on Day One, the lower river meanders through rangeland, offering deep corner holes and cuttbanks. Since the morning was chilly, I decided to start with a conehead streamer. About three casts in, I felt a heavy fish strike the fly, and my 5-weight developed a pretty good bend during the initial fight. I was excited by the prospect that I’d hooked a trophy cutthroat, but when the fish rolled on the surface, I saw nothing but silver. I know that some anglers would be disappointed to discover a whitefish at the end of the line, but I’ve always had a soft spot for these natives. Plus, this was one of the larger ones I’ve ever caught, and on a big streamer, no less. 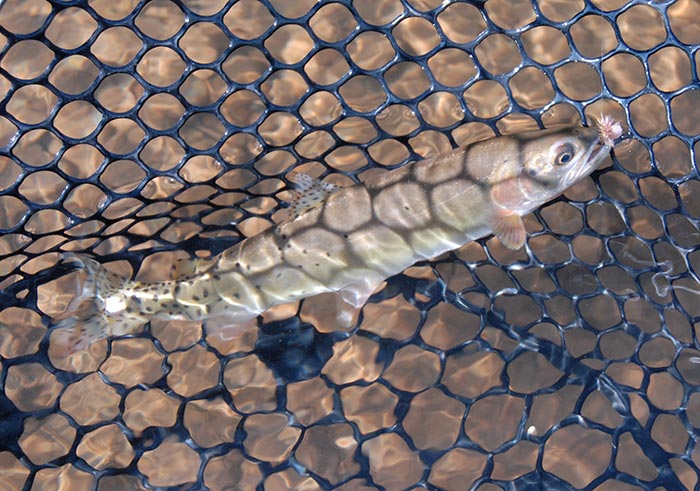 The dry-fly action was sporadic, but the fish were healthy. This one had hardly any spots up front.
Photo by Phil Monahan

My buddy Fred landed the first cutthroat this time, a six-incher that rose to his dry fly. And soon we were both into the fish, although things were certainly a lot slower than they had been the night before. The highlight of the day was the big cutthroat at the top of this page, which Fred caught on a dry drifted through a deep slot above a big pool. I landed a pretty good brown before I caught my own good-size cutthroat, while stripping a small streamer along the bottom of a deep pool. 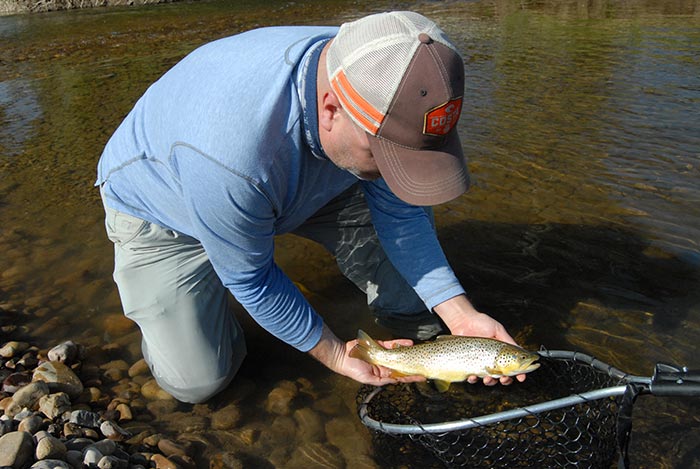 This chubby brown trout hammered a dry fly swirling in an eddy.
Photo by Jim DeRito

Jim’s point in bringing us to this stretch was well taken. The downstream effects of the Upper Bear River Reconnect and Flow Restoration Project—which aims to restore as much as 35 cfs the East Fork and Bear River mainstem and to reconnect high-quality spawning habitat to the main river—seemed pretty evident by the beautiful trout we caught. The next day, we were scheduled to visit one of the projects funded by the Orvis/TU 1,000 Miles Campaign, which would give us a chance to see Orvis customers’ donations in action.

Come back tomorrow for Part III. 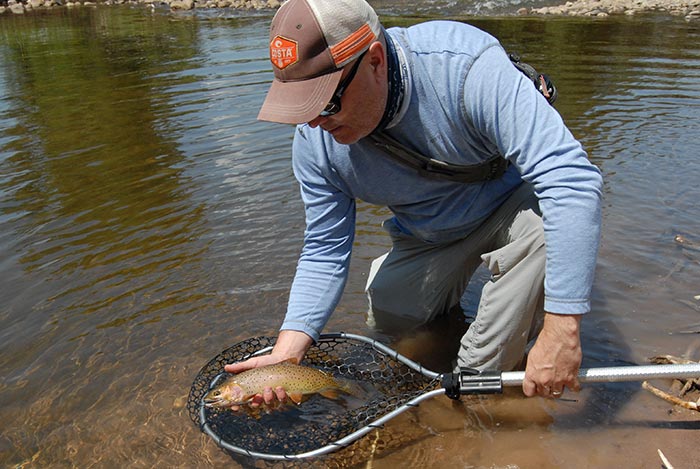 This beautiful cutthroat was spawned high in the headwaters of the river.
Photo by Jim DeRito