After nearly two decades of work, a Utah cutthroat slam is becoming a reality for anglers interested in catching and learning more about the Beehive State’s native cutthroat trout.

Many Western fishermen are familiar with the Wyoming Cutt Slam, in addition to Nevada’s Fish Slam, and while Utah’s slam was inspired in part by the success of the Wyoming program, the folks in charge of the slam in Utah have given anglers a unique opportunity.

The Utah Division of Wildlife Resources (DWR) and Trout Unlimited (TU) have partnered to bring the cutthroat slam to Utah. According to DWR Northern Region Aquatics Manager Paul Thompson, the partnership between the DWR and TU is the first of its kind in the country.

“It’s a great opportunity to educate the public about the value of native fish, and the unique characteristics of the varieties,” Brett Prettyman, Intermountain Communications Director for TU, says. “That’s one of the reasons TU is interested.”

Both Thompson and Prettyman have been pushing for a Utah cutthroat slam for more than 20 years, and thanks in large part to their efforts, it’s now a reality.

“We had some folks in TU, Prettyman specifically, [pushing for this] and I’ve been mentioning this in my twenty-one years with the DWR, so I offered to step up to the plate to do some additional legwork within the agency,” Thompson said.
What really turned this program into a reality, however, was the precedent set by Wyoming’s Cutt Clam.

“These slams are feasible and successful,” Thompson said. “People have a passion and want to see this through.”

Thompson also credited others within the DWR for their work in making the slam a reality. In order for the slam to be a success, it’s required close coordination with TU. The DWR has provided TU with photos, videos, maps, and information on where to find all of Utah’s native cutthroat. This information will be hosted on the Utah Cutthroat Slam website, which is managed by TU. 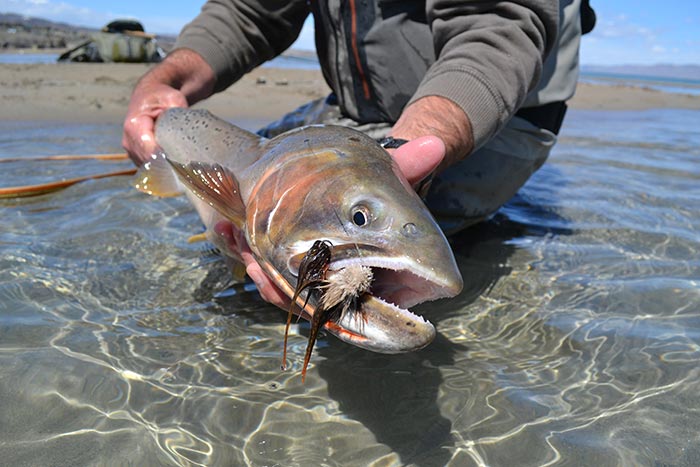 What fish are native to Utah?

Utah is home to four distinct subspecies of cutthroat trout – the Colorado River, Bonneville, Bear River, and Yellowstone. In order for a fish to count towards an angler’s slam completion, the fish must be caught from their native range. Anglers will have to take a picture of themselves or the fish and note both the date and location of where the fish was caught.

After an angler catches all four native cutthroat species, they’ll submit the information through the DWR website, where their slam application will be evaluated.

How does the slam work?
The Utah Cutthroat Slam works in similar fashion to Wyoming’s. People who want to participate will go to the DWR website to register. There, they’ll be charged a $20 fee and given a permit to begin participating in the slam.

Wyoming’s slam is free, but Utah is charging $20 per applicant in order to raise more money for conservation. A hefty $18-19 of that application fee goes directly toward cutthroat projects in the state. 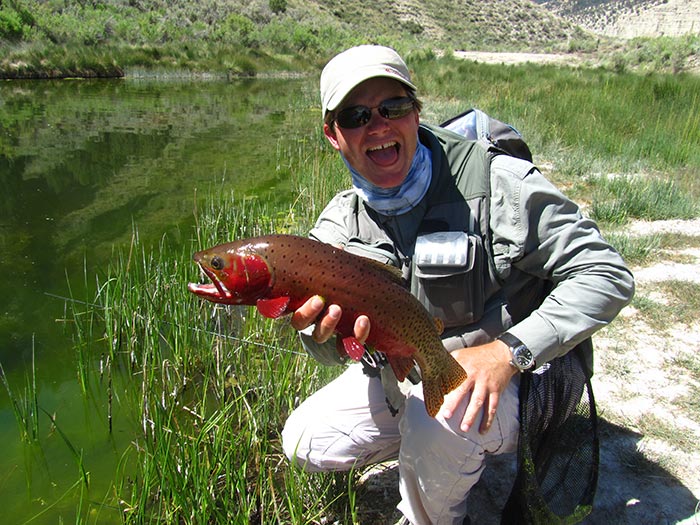 Accounting for money has been a hot topic in Utah of late, with plenty of furor over the annual Western Hunting and Conservation Expo. However, Utahns (and other anglers interested in completing this slam) can rest easy knowing the money is going to be publicly accounted for.

“The money will go into a DWR account,” Thompson said. “That account cannot be touched by other sections with the DWR. That account is going to be specific for cutthroat trout projects.”

Prettyman also voiced TU’s support for the $20 application fee, saying that it will, “Provide investment for the future and educate people” on the importance of native trout in the West.

After successful completion of the slam, anglers will not only receive a certificate, an a very cool medallion, as well. The medallion was designed by TU and is very much worth displaying on your desk at work or in your den at home. The completion of a slam will also be recognized on the Utah Cutthroat Slam website and the Slam’s Facebook page. 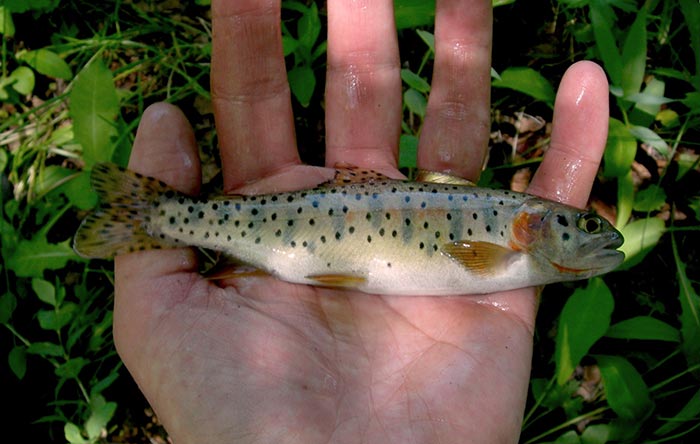 Anglers can also complete the slam more than once, if they so desire. They’ll have to pay the $20 fee again, though.

Utah’s cutthroat slam will provide anglers with an opportunity to learn more about their state’s native fish, chase those fish in some of the state’s most remote locations (the Yellowstone cutthroat will be the hardest of all the fish to catch). Plus, it will provide the DWR with more money to invest in cutthroat restoration projects. In an American West that’s increasingly becoming more populated, it’s refreshing, from a conservation standpoint, to see such an emphasis being put on conserving and protecting one of the West’s most incredible resources – the cutthroat trout.

Spencer Durrant is a fly fishing writer from Utah and author of the upcoming YA novel, Learning to Fly. He authors the monthly Trout Bum column for Ogden, Utah’s Standard-Examiner, a bi-weekly column for Fishwest, a weekly column for Trout Life, and is a regular contributor to Hatch Magazine, On The Fly Magazine, and the Orvis Fly Fishing Blog. Connect with him on Twitter or Instagram, @Spencer_Durrant, or on Facebook . 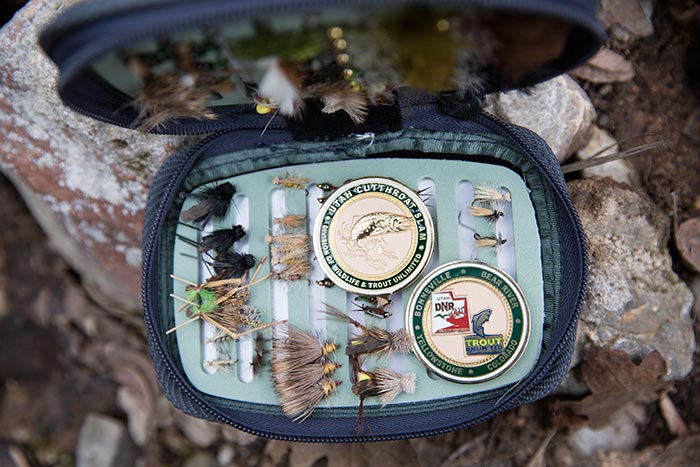