Here’s a wonderful video about the amazing rainbow trout of the Iliamna Lake system on the Alaska Peninsula. I guided in the region back in the day, and I can attest that these are the hottest rainbow trout found anywhere. I remember one client saying, “Got one!” followed almost immediately by, “He’s into my backing!” It happened that fast.

This glorious production from Fly Out Media focuses on the Kvichak River, which drains Lake Iliamna. It’s a monstrous river, but it braids so much, that it sometimes feels like a small stream. And the rainbow fishing is spectacular, as you’ll see. Our friend Brian Kraft, who owns Alaska Sportsman’s Lodge and knows as much about the Kvichak as anyone, makes an appearance, as do some of his guides.

It’s also worth noting that this remarkable ecosystem and fishery exist under the threat of the proposed Pebble Mine. We have a few weeks left in the public-comment period on the U.S. Army Corps of Engineers’ draft Environmental Impact Statement. To make your voice heard and protect Bristol Bay, Click Here. 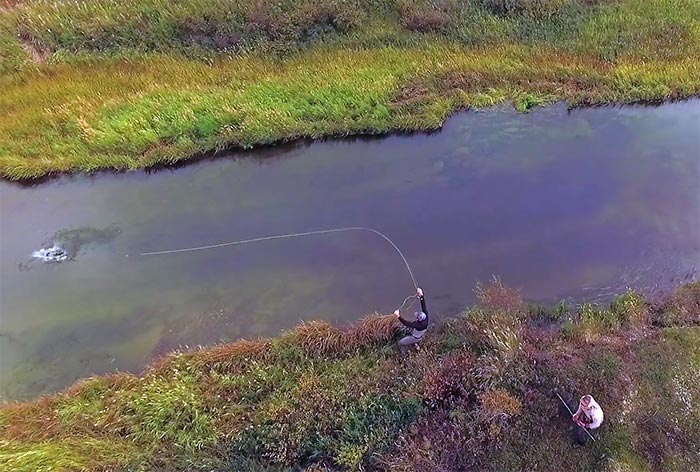 5 thoughts on “Video: The Amazing Rainbows of Alaska’s Kvichak River”