Here’s a cool video made by students at the University of Wisconsin – Milwaukee’s (UWM) Peck School of the Arts Film Department. Milwaukee Bucks star power forward John Henson is an avid fisherman, but he’s never used a fly rod. So the filmmakers followed him into Orvis Milwaukee, where Henson got outfitted and schooled by fishing manager Erik Helm. According to folks at UWM, “The fly fishing video has earned recognition and will premiere at the prestigious 2014 Cannes International Film Festival’s Short Film Corner.” I’m gonna see if I can expense a trip to France so I can be at the premier.

Watch this Youtube video to check out Henson’s moves on the court last month. 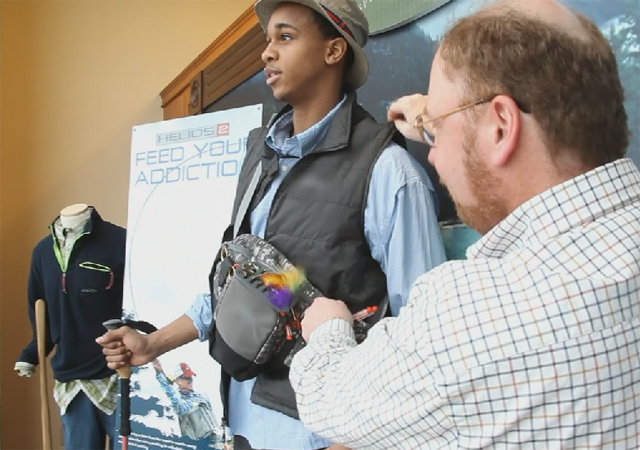 6-foot, 11-inch John Henson learns how to be a window model at Orvis Milwaukee.