A few months ago, we launched a new series of videos called “One-Minute Fly-Tying Tips and Techniques” from Tim Flagler of Tightline Productions. Each video will teach a single tying skill, from the most basic to the advanced. Ultimately, the series will serve as a sort of encyclopedia of tying skills that will be a valuable resource for anyone who sits down at a vise to create a fly.

Dumbell eyes add weight to a streamer pattern, plus they allow the fly to ride hook-upward and impart a jigging motion when you strip line. The problem is that they also tend to rotate around the hook shank, ruining both the fly’s profile and motion in the water. In this short video, Tim explains his method for securing the eyes to the shank through a series of different wraps meant to lock the eyes in place. I particularly like the penultimate step of wrapping around the previous wraps in order to tighten them. So the next time you’re tying a Clouser or a heavy nymph, use these steps to make sure everything stays where it should be. 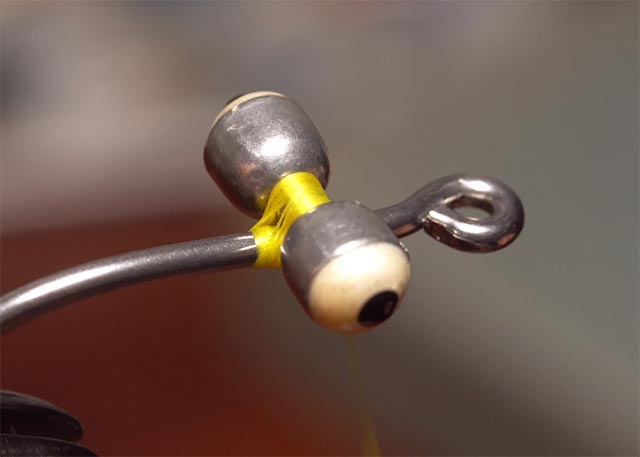 5 thoughts on “Video: How to Attach Dumbbell Eyes”