Here’s a cool video, via Wille Lindh of Wyeld Fly Fishing, which features some stunning sea-run brown trout hooked in downtown Norrtälje, a town on the norther coast of Sweden. The Norrtäljeån River, which connects a large lake and the sea, runs amid a cityscape full of pedestrians, who seem bemused to see a man standing in the water. According to Wille, the Norrtäljeån was well known as great brown-trout water in decades past, but the fishing declined in the early part of this century. Through the efforts of local angling clubs, the river is on its way back, as you’ll see in the video. Stay for the fish at the end, which is a doozy. 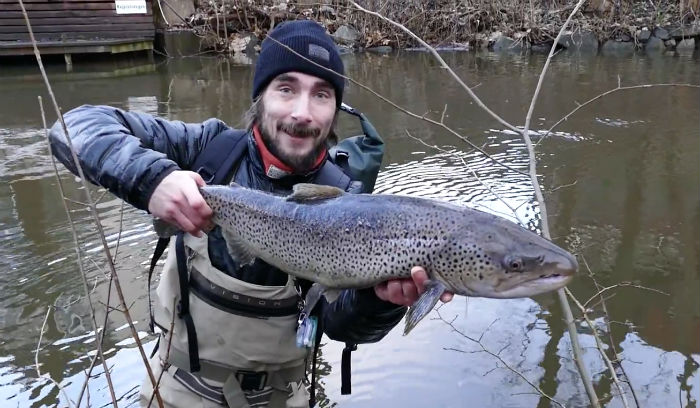 2 thoughts on “Video: Big Sea-Run Browns, Right in the Middle of Town”