Last year, we posted a great article by Paul Moinester that featured great tips for properly handling fish. In the video about, Bryan Huskey–found of #KeepEmWet Fishing–demonstrates the proper technique for ensuring that a fish swims away healthy after you’ve caught it. This isn’t rocket science, and Bryan breaks it down for you:

My only quibble (and it’s a tiny one) with Bryan’s comments is when he says that you have to be very careful about squeezing a trout’s internal organs. As we’ve discussed before, there’s little evidence that this is a problem, unless a person is actually trying to squeeze a fish to death.

I would argue that dropping a fish on the ground or on rocks because you were holding it too lightly is more likely to be a threat to fish. (Of course, you shouldn’t be holding the fish over the ground or rocks in the first place, if you’re following the #keepemwet Principles.) So I would say, hold the fish gently, but firmly enough that you are in control should the fish suddenly thrash. 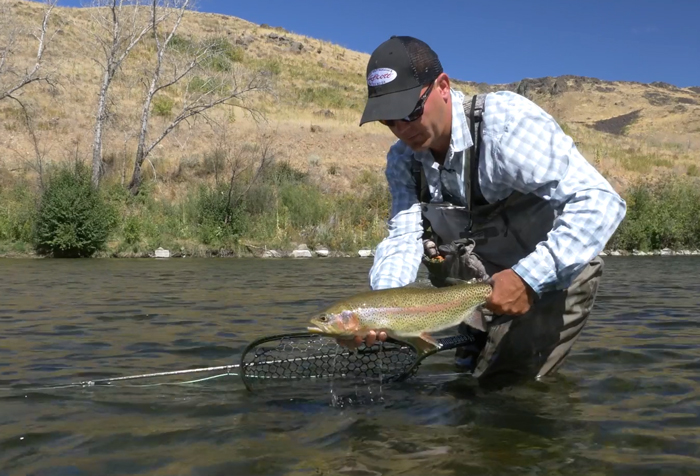