Here’s a sweet little German video that tells the simplest story in fly fishing, from the walk in to the cast to the landed trout. The cinematography is great, but there’s also some unintended educational aspects of the video. Many times, Pete Kutzer has explained that, during the cast, the rod tip should track in a straight line. Here, you see that the caster is describing an arc, which has a profound effect on the fly line. Obviously, casting is not fishing, and the angler here has success. But if you want to cast farther and more accurately, think about proper tracking. 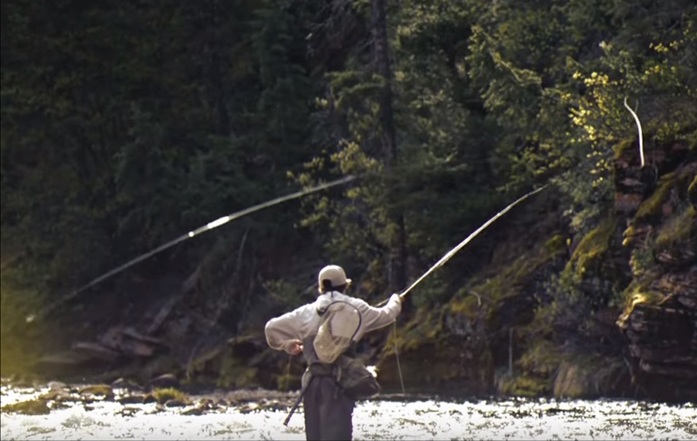