As anglers, we spend a lot of time on rivers, whether we’re wading or in some sort of watercraft. And the more we engage in these activities, the more confident we become that we know what we are doing. And it is that kind of confidence that sometimes gets people killed.

A few years ago, the PBS station WFYI in Indianapolis premiered an eye-opening documentary about the dangers of “low-head” dams on rivers. I say “eye-opening,” but what I really mean is sobering. Low-head dams are the ones that seem pretty innocuous, and perhaps you have walked across them or waded right below them dozens of times, as I have. But I’ll never do it again after watching Over, Under, Gone: The Killer in Our Rivers.

The documentary begins with the story of Sean Hiebel, a 24-year-old seasoned kayaker who was killed when he attempted to kayak over the Hosey Dam on the Maumee River. He was pulled into the hydraulic action created by water spilling over the dam and never resurfaced. It turns out that the list of tragic deaths caused by these kinds of dams is a long one.

I think that Over, Under, Gone: The Killer in Our Rivers should be required viewing for anyone who spends a lot of time on rivers, and I plan to show it to my kids, since many of the victims are under the age of eighteen. Here’s the full film: 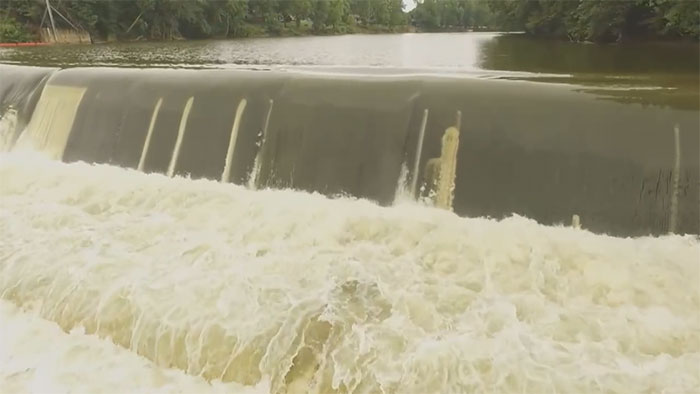 6 thoughts on “Video: Over, Under, Gone: The Killer in Our Rivers”