I have been in the fly-fishing biz for more than two decades, and I had never heard of a threadfin salmon until I saw this video today. It’s not actually a salmon, of course, but that’s a common name in Western Australia, apparently. The species is actually the king threadfin (Polydactylus macrochir), native to tropical waters of northern Australia and southern Papua New Guinea. They inhabit coastal estuaries, river mouths, and turbid waters.

In this video, famed fly-fishing photographer Peter Morse casts for this cool-looking species that seems to act a bit like redfish, cruising the shallows looking for food. Once hooked, they fight hard and put a serious bend in a fly rod. When they come to the bpat, they reveal a pretty odd (to use) body shape, blunt nose, and strange pectoral fins that are independent rays. 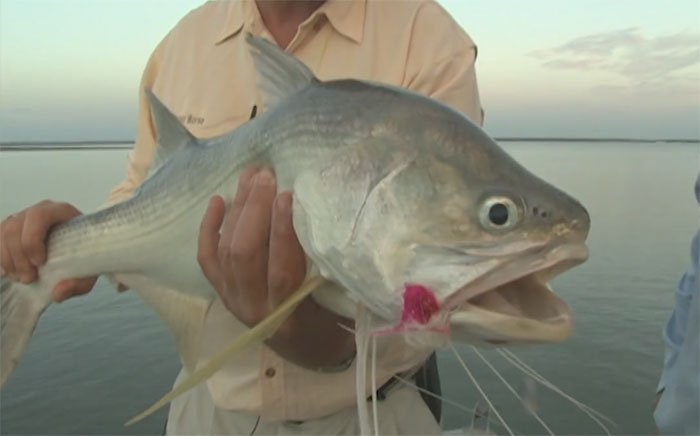 4 thoughts on “Video: What the Heck is a Threadfin Salmon?”