Two weeks ago, we posted the teaser for Hooké‘s video on the rivers of the Gaspé Peninsula. Here’s the first episode, and it doesn’t disappoint. Here’s their description of the action:

“ I don’t expect them to get very far.” Ron Bourdages’ words echoed through our blurry mind as we climbed aboard the Hooké Van after a solid film projection party at Cimes Adventures. We were quite a bit hangover, we had a gap in our driving shaft but all you could smell in the Hooké Van was confidence. We were on our way to Gaspé, to fish the Falls of the Dartmouth River, we had a lot to hope upon. We finally got installed and had a quiet night before leaving for the pool at dawn. Arrived on the spot, Phil and Fred had a nasty Rock-Paper-Scissors war. Victorious, Fred got the honour to make the first cast in the raging river. This is where everything started for us, when he lost his first salmon of three. This day will remain one of the craziest we’ve lived on a salmon river with all the salmons, good moments and failures it includes.

Most of the dialogue is in French, so click the CC button on the lower right of the vimeo player. 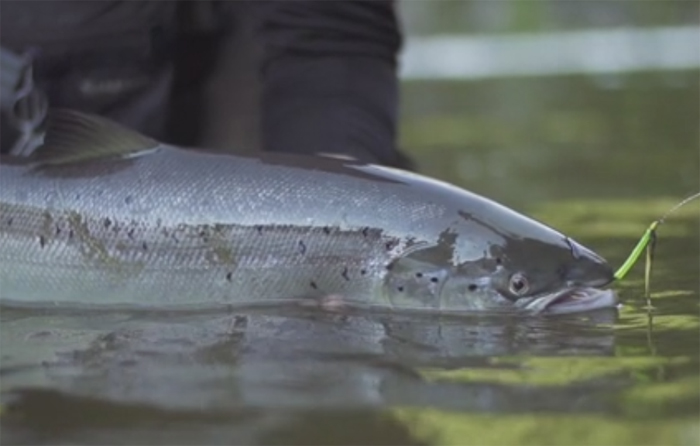