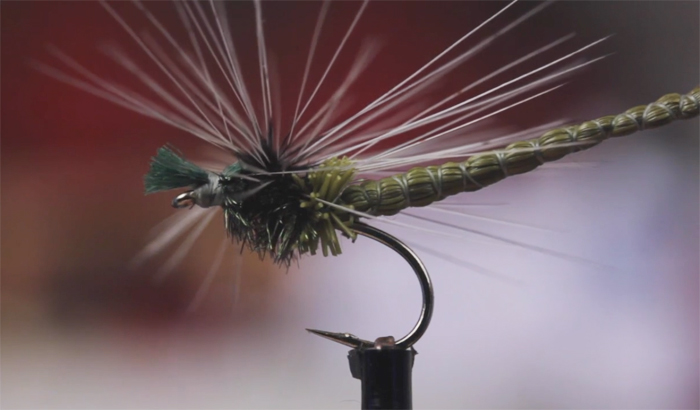 The success of Simon Perkins’s video “Damsels in Distress“—which has hit 443,000 views—got a lot of people thinking about these insects. When I guided at Hubbard’s Yellowstone Lodge in the mid-1990’s, the damsel hatch on Merrell Lake was spectacular. It was not uncommon to see three or four fish in the air at any given moment. When the trout were feeding on the adults, the fishing could actually be pretty tough because there was so much food available. A good deer-hair damsel pattern was a key to success.

Here’s another great video tying lesson from Tim Flagler of Tightline Productions, featuring author and blogger Matt Grobert tying his version of the Damselfly dry. At first glance, the pattern looks complex and fussy, but Grobert walks you through the steps to show that it isn’t so hard at all. Once you get the hang of wrapping the tail, the rest is pretty standard stuff. Grobert’s method of tying the post, attaching and wrapping the hackle, and counter-wrapping the peacock herl will come in handy on lots of other flies, as well.

2 thoughts on “Video: How to Tie a Killer Damselfly Dry”