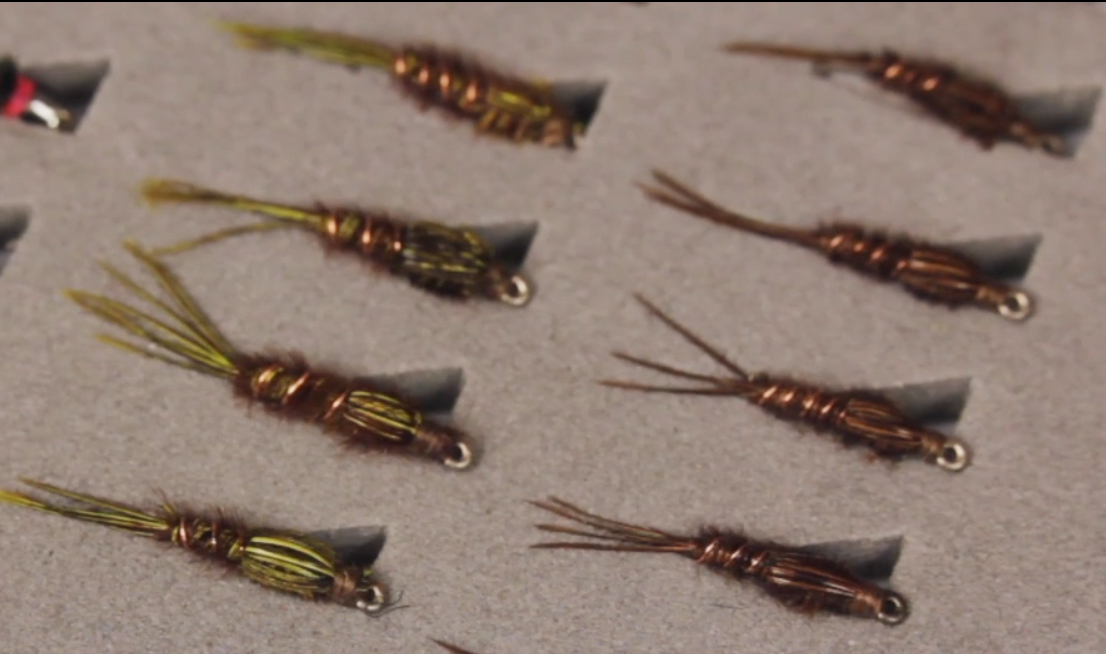 When Tom Rosenbauer saw a Pheasant Tail Nymph up on my monitor this morning, he simply said, “Best fly ever.” This is an opinion held by many trout anglers who have hooked fish large and small on this diminutive pattern. The original PT was created by riverkeeper Frank Sawyer, who designed it to imitate the Baetis nymphs on the famed chalkstreams of southern England. Upon publication of Sawyer’s book Nymphs and the Trout in 1958, the nymph became a worldwide favorite.

One thing about Baetis, though, is that they are often quite tiny. Which means that you need to imitate them with tiny flies. The Micro Pheasant Tail Nymph works great throughout the winter, on tailwaters year-round, and again in the fall, when the little blue-winged olives are hatching.

Here’s another great video tying lesson from Tim Flagler of Tightline Productions, who makes tying such a tiny pattern seem simple, even for those of us with sausage fingers. It’s all about how to control the fibers and how you remove the excess materials at the front. Most importantly, he shows how to keep the eye of the minuscule hook clear, which will make your life a lot easier when you go to tie on the fly later.

6 thoughts on “Video: How to Tie a Tiny Pheasant Tail Nymph”