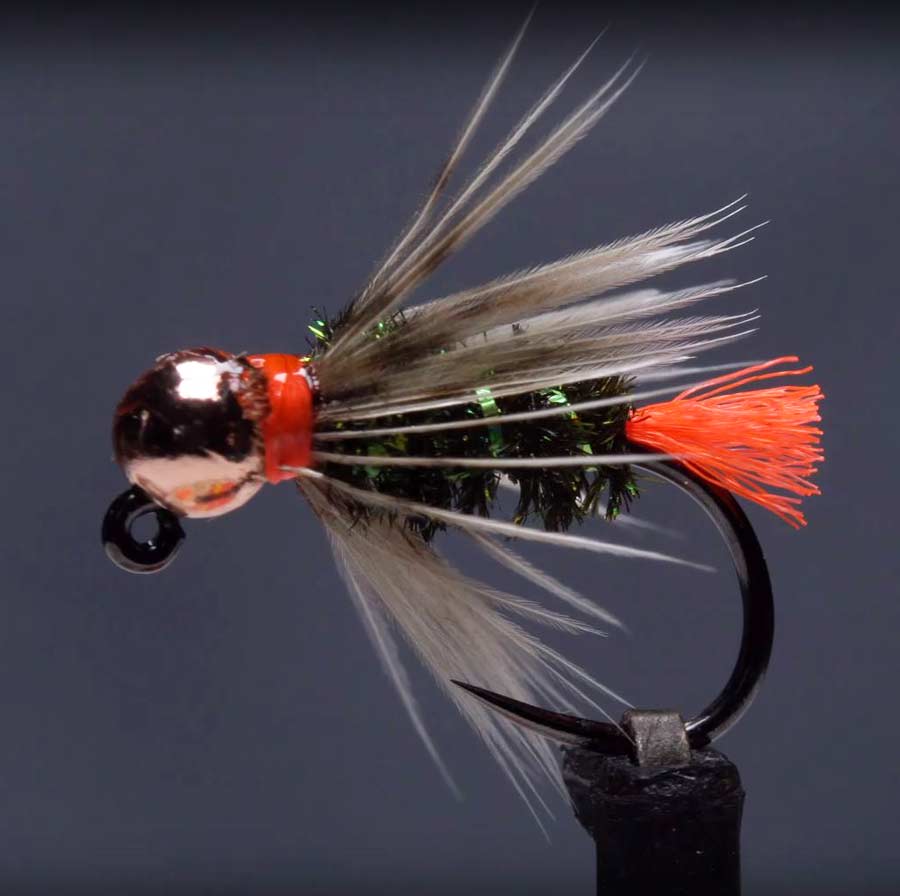 Acclaimed competition angler Devin Olsen is a big fan of nymphs that feature a bright tag. These patterns are quite popular in other parts of the world but haven’t really caught on here in the U.S. of A. Olsen created the Blowtorch during a 2014 training session with Fly Fishing Team USA in the Czech Republic, just before the World Fly Fishing Championship there. The fly performed well during the competition, and Devin was excited to try it back home:

When I returned home I wondered if it would work on local waters, which were much different from the tea colored Vltava. I was living in Sacramento at the time and working on a project to provide a genetic assessment of rainbow trout in a bunch of gin clear rivers and streams on the western side of the Sierra Nevada Range. I was fortunate enough to get to “hook and line” sample for work. I doubted that the glitzy double hot-spotted Blowtorch nymph would work in rivers where I could see 10-20 feet into the pools. However, my doubts were assuaged and I was pleasantly surprised at its success. Several times I watched fish move 3 or more feet from their lies to inhale it. I then tested it on the more famous and hard fished rivers in the area, such as the Truckee, Yuba, Feather, Pit, and Lower Sac. It was successful everywhere I went . . . . Since leaving California, the fish catching prowess of the Blowtorch has followed me to Oregon, Utah, Colorado, and has been successful in domestic competitions. It has been particularly deadly this winter for trout in cold water conditions.

You can read the whole story on the Tactical Fly Fisher blog.

In this week’s video, Tim Flagler of Tightline Productions shows you how to tie this heavy, flashy nymph, which mixes colorful materials with more muted tones. Give it a try on your home waters!

2 thoughts on “Video: How to Tie the Blowtorch Nymph”