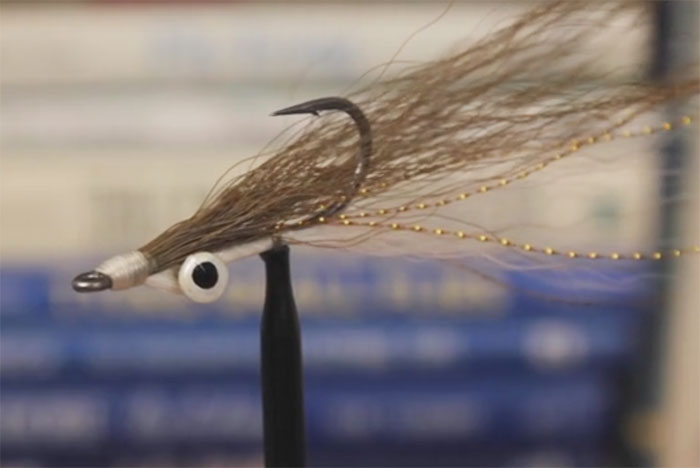 The Clouser Minnow is incredibly effective in both salt- and fresh water.

Although the Clouser Minnow (originally called the Clouser Deep Minnow) is famous for being one of the more prolific saltwater flies of all time, it was first tied by Pennsylvanian Bob Clouser to catch smallmouth bass on the Susquehanna River. The pattern was popularized in a 1989 Fly Fisherman article by Lefty Kreh, who later claimed to have caught 63 freshwater and saltwater species on the fly. (That was 20 years ago, so the number has surely grown.)

In this great video from Tightline Productions,Tim Flagler walks us through the tying sequence to create an attractive, well-proportioned Clouser. Although it seems like a pretty simple pattern, you need to know a few thread tricks to make everything work out right. The way that Tim ties in each bunch of bucktail will change the way you use the material on all your streamers.

3 thoughts on “Video: How to Tie the Clouser Minnow”