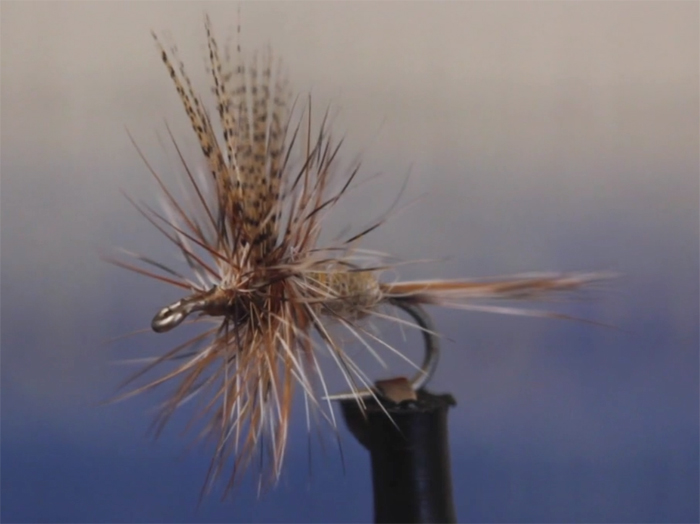 Bill Dorato was a well-known fly tier from the Albany, New York area, and he was a fishing buddy of my old friend Dick Talleur. According to Dick, the Dorato Hare’s Ear was designed to imitate a newly emerged buzzing caddisfly. Dorato used to trim the hackle on the bottom short—even with the hook point—to really make the fly skip across the surface. As you can tell just by looking at the pattern, however, its bugginess means it could imitate any number of aquatic insects, so it’s a fantastic searching pattern. (PS: I just had a “Who’s on First?”-style conversation with Tom Rosenbauer about Bill Dorato and his friend—and also a renowned fly tier—Bill Donato. So be careful you know which one you’re talking about.)

In this great video from Tightline Productions, author and blogger Matt Grober walks you through the steps to create a Dorato Hare’s Ear. As usual, you’ll learn a lot more than just how to tie this particular pattern. The way s that Matt prepares, arranges, and handles the materials offer useful lessons on hiow to become a better, more efficient tier, no matter what pattern you’re working on..

7 thoughts on “Video: How to Tie the Dorato Hare’s Ear Dry Fly”