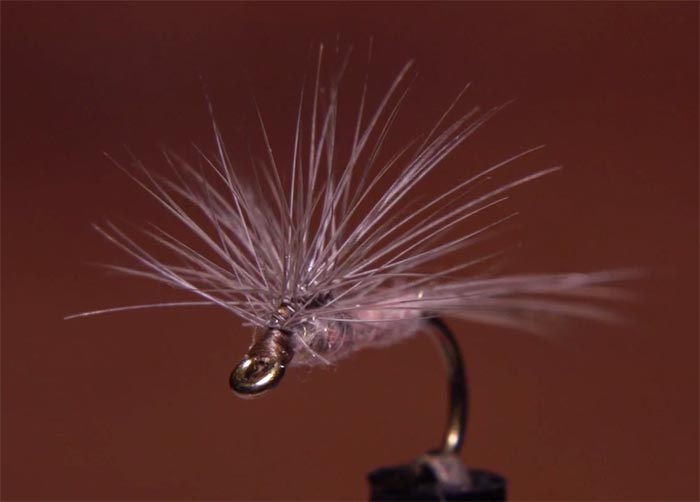 Bob Quigley is famous for popularizing the notion that, during a hatch, trout will often key on struggling or crippled insects because they make for the easiest meals. In 1988, Quigley was struggling with picky fish in the slow, clear water on California’s Fall River, so he set out to develop a pattern that would land lightly on the water, ride low in the film, and still be visible to the angler. The result was the Hackle Stacker, which worked well on Fall River and has since proven itself on other rivers and lakes around the world.

In this great video by Tim Flagler of Tightline Productions, Pennsylvania tier and angler Tim Bartholomew walks you through Quigley’s ingenious method for creating the Hackle Stacker’s unique wing. The technique looks awkward, but I think you’ll agree that the results are worth it. You can tie a Hackle Stacker to match any mayfly, and the pattern imitates everything from an emerger to a dun to a spinner.