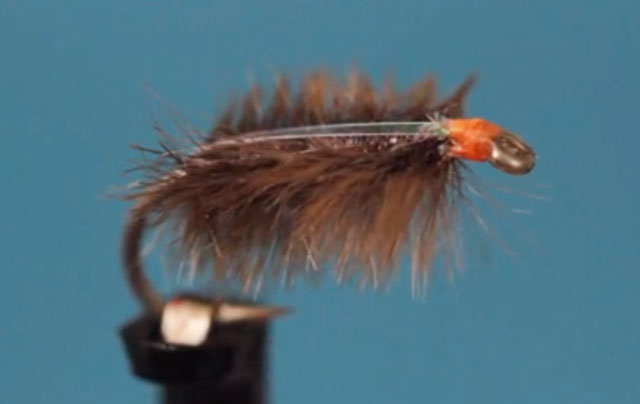 The Ray Charles Sowbug has been around for at least a couple decades and is a staple on Western tailwaters, especially the Bighorn and the Missouri. There are tons of variations of the pattern, but all are very simple, featuring a body, a flashback, and a bright head. I found two explanations for the name: even a blind fish can see the fly because of the bright head, or even a blind fisherman could catch trout with this fly. Either way, if you live near a river that has sowbugs, twist a few of these up and give them a go. (And maybe listen to a little Ray Charles, if it’s been awhile.)

In this video, Tim Flagler of Tightline Productions walks you through each simple tying step, making them even easier by explaining exactly how to prepare and attach the ostrich herl for the best effect. Pay attention to the stem, people!

4 thoughts on “Video: How to Tie the Ray Charles Sowbug”