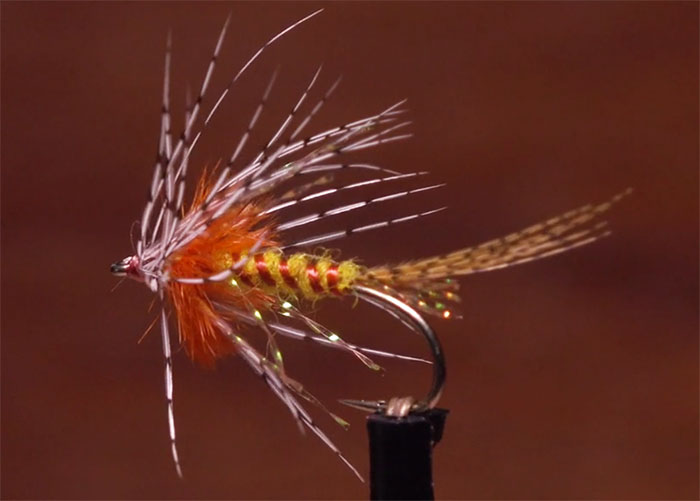 The Shakey Bealy is named for famed Yellowstone National Park ranger Frank Beals, who supposedly would shake with anticipation on the morning of a fishing trip. (You can read a wonderful account of the pattern’s origins and uses in an article by Paul Bruun on MidCurrent.) It’s a great pattern to swing on a sinking tip in the fall and has been producing fin trout for decades.

In this typically great video from Tim Flagler of Tightline Productions, Tim walks you through his method for tying this time-honored pattern. Those anglers who don’t relish the idea of chucking big, heavy streamers might fins that they have just as much success with a size 12 or 14 Shakey Bealy.