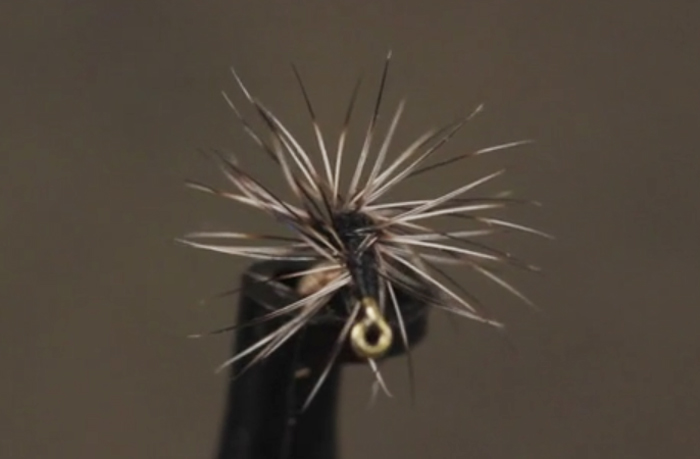 It’s Trico time in much of the country, and fishing these tiny bugs (genus: Tricorythodes) can be frustrating, especially when the fish get selective. The late Al Miller fished the Tricos on Pennsylvania’s Little Lehigh River for 45 years, so he knew a thing or two about what patterns work best. In the late 1990s, he developed a remarkably simple yet effective fly that lacks wings or tails. Miller said that he originally left these features off the fly because he couldn’t see well enough to attach them to such a tiny hook, but the pattern turned out to be his most productive Trico imitation ever. Now you’ll rarely find a Little Lehigh angler without a few Al’s Tricos in his fly box.

In this video from Tightline Productions, Tim Flagler explains how to tie this pattern on a size 24 hook—much smaller than many of us are accustomed to using. Even with such a tiny iron, it’s important that you don’t overdress the fly. It’s actually tied on backward, with the thorax down by the hook bend, rather than behind the eye. So rather than trying to fuss with tiny wings and tails, tie up a few of Al’s inventions and see how they work on your local trout. I bet you’ll be surprised.