Over the weekend, Cory Luoma of Fly Out Media sent us a link to the new trailer for their upcoming film about king salmon. Here’s the filmmaker’s description:

Long Live the King is a story of hope and resurgence for Alaska’s great King Salmon fishery. Returning numbers of the fish have been dropping steadily, and both 2012 and 2013 hit especially hard – with multiple rivers and regions across the state seeing some of the lowest returns ever, forcing Alaska Fish and Game officials to close or severely limit salmon fishing around the state, including on some of Alaska’s most iconic rivers. In addition, what is starting to seem like an all out war on salmon – mining, dams, hatcheries and the state government are all marching forward in opposition of Alaska treasure salmon resource. For many, this is an attack on religion, not just a fish

This film seeks to ignite an angler’s passion – showing why salmon are worth fighting for from a fly fishing perspective. By showcasing some of Alaska’s world class adventures – a team of Alaska’s best guides and anglers explore the state’s rivers, fly fishing for King Salmon, while practicing “catch and release” for the benefit of greater escapement and future salmon spawn. Through interviews and candid conversation, we will hear from long-time Alaska guides, lodge owners, Native elders, political figures, conservation leaders, and wilderness pioneers who have an abundance of untapped folk information on the state’s great King Salmon lore. In these virtually untold stories, lies the spirit of Alaska – the dream of its wild lands and freedoms that can hardly be imagined in our current time.

King Salmon are an icon for Alaska, and a treasured sport fish for the entire world. Long Live the King celebrates the great homecoming of salmon to the Last Frontier, while promoting a re-energized culture of sustainability among salmon fishermen and women worldwide. Through inspiring imagery, explosive fishing, emotional testimony and a tone of sustainability, respect, and stewardship, the film breathes new life into the hearts of anglers. One goal of this film is to boost the grassroots efforts of our conservation partners to defend the land, waters, cultural heritage, and invaluable resources of Alaska, including the mighty King Salmon of the Last Frontier.

The finished project should be released in January, and I’m quite looking forward to it. I once had an Alaskan king steal my entire fly line (the backing broke), and I’ve always been in awe of their power. 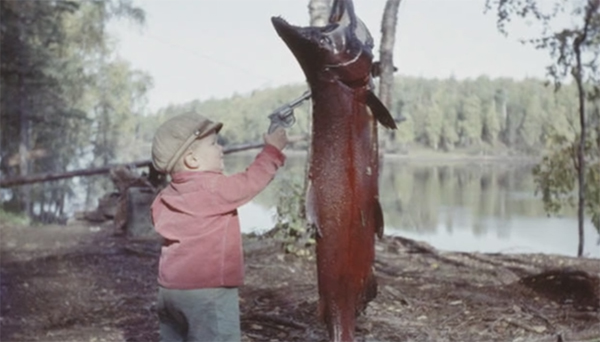 As one person says in the film, “We are loving this fish to death.”

One thought on “Video: New Trailer for “Long Live the King””