Dave and Amelia Jensen, of Jensen Fly Fishing in Alberta, have just released another great episode in their “The Bank” series of instructional videos, after a two-month break. Unlike some of the other episodes, however, this one offers a great example of what not to do. Here’s Dave’s description:

We walked in to this high country lake specifically to seek shallow, shoreline cruisers waking and rising, tailing as they went. As so often is the case, the first fish of the day reminds us of several things and sets us up for the day. In this case we hiked in, I tied on a big terrestrial on to the set up I was using the day before: well used 4X tippet after a good day on a spring creek. The tired 4X had no chance. Honestly, at this stage of the trip losing the fish wasn’t a big deal but if you want to land such fish maybe follow the advice of a dumdum check and have a better go of it than I did. This particular day went like this – until the evening absolutely exploded with exceptional tailing and rising trout in ankle deep water. But you’ll have to wait until Tussock Tango is released later this year to see that footage! (PS – The words DumDum are deliberate. When I was 6 years old my uncle said to me “Dave, you’re so dumb you can’t even spell dumb dumb”. To which I said “Yes I can! DUM DUM).

The main lesson here is that sometimes success or failure is determined by something you do before you even see the fish you’re casting to.

Check out the previous episodes in “The Bank” series: 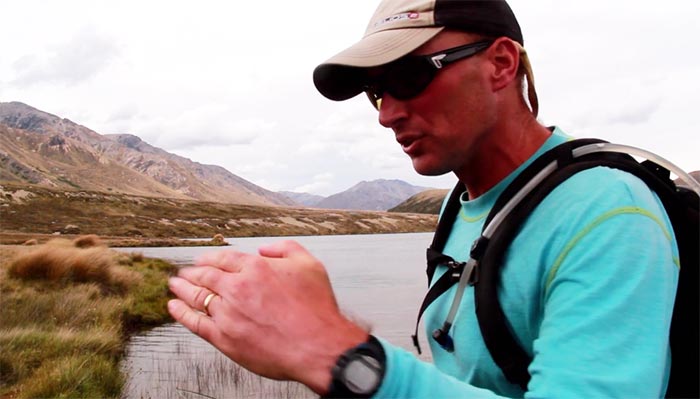