The bow-and-arrow cast is an advanced, specialized cast for very specific angling situations. But just because a a cast is labeled “advanced” doesn’t mean that it’s difficult to master. The bow-and-arrow cast is for when you are fishing in very tight quarters, where you have no room for a backcast, or for delivering a fly through a small window of space—say, between two tree branches. Those of us who love fishing for brook trout on tiny mountain streams often find ourselves surrounded by trees or bushes that make traditional casting impossible. The bow-and-arrow cast is sometimes the only way to get the fly to the fish. But the cast also has applications for warmwater anglers who have casting obstructions behind them, or even in saltwater for fishermen dealing with thick mangroves.

The key to a good bow-and-arrow cast, as you’ll see, is where you grasp the line. Once you’ve got that nailed down, it’s just a matter of point and shoot. So practice this useful cast, and you’ll find that it comes in handy. 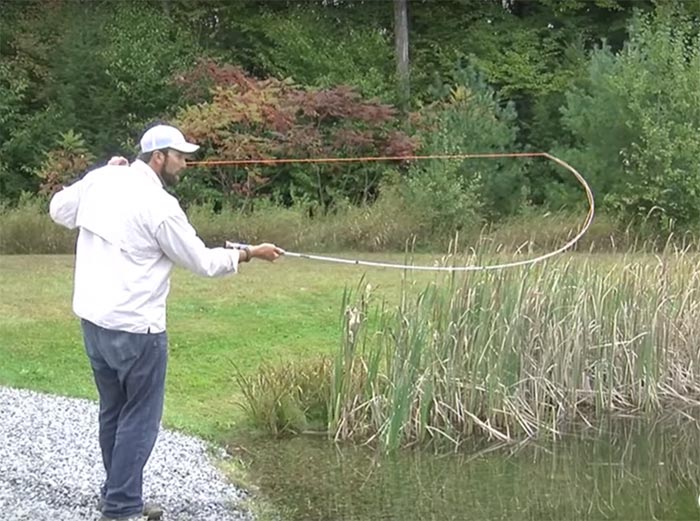 4 thoughts on “Video Pro Tip: How to Make a Bow-and-Arrow Cast”