Some anglers consider stillwater fly fishing to be less technical than casting for trout on rivers, but those are the same anglers who probably don’t do so well on lakes on ponds. When you’re fishing a Woolly Bugger or other leech pattern, for instance, you don’t want to just chuck it out as far as you can and then strip it back. You’ll catch a lot more fish by using those patterns in the right place, at the right time, and with the proper retrieve.

Here’s some great old footage featuring renowned angler and biologist Brian Chan, who explains some of the finer points of catching stillwater trout on leeches.

Leeches are more nocturnal in their activities than during daylight hours. And they’re typically found hiding amongst vegetation or under logs, rods or rocks. However, there are times when you’ll see leeches free swimming in the water column.

Leeches undulate through the water, up and down and up and down motion. And they’ll pause and they’ll sink down a bit and they’ll swim again. There’s probably no one time of the year when leeches are more active, but where trout really like to eat them is during summer doldrums, periods when the lakes get quite warm, the shoal or the shallow areas get quite warm during the day time.

Temperatures are too warm for the trout to come in there and feed. But at night once the sun’s off the water, and the water temperature has cooled down, and there’s more oxygen in there now, the trout will come back way tight into the cattails and bulrushes over the vegetation and feed and they’ll be looking for big food items like leeches and dragonfly nymphs.

The other time that’s a really good to be fishing leeches is late in the fall, just before freeze up, because leeches are a big food item. And it’s hard for a trout that’s gearing up for a long winter of less amounts of food availability, it’s hard for them to pass up a nice juicy leech that’s swimming by. 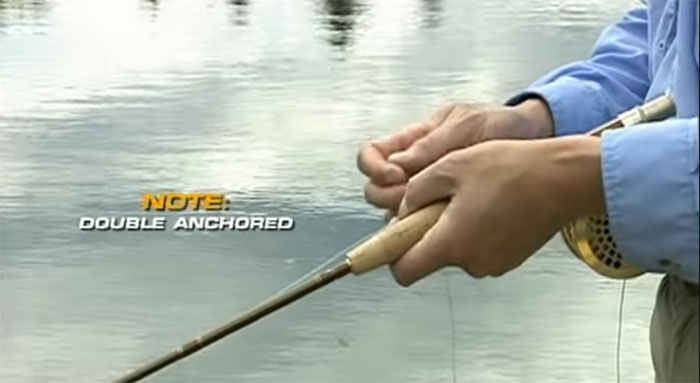 3 thoughts on “Video Pro Tips: How to Fish Leeches in Still Water”