In 2011, the Wild Steelhead Coalition teamed up with the Skagit River System Cooperative and Orvis to use drone technology to map out and survey a critical habitat-restoration project on the Skagit River, which is home to Puget Sound’s largest winter steelhead run. The project is an ambitious undertaking that will transform Barnaby Slough back into a natural fish factory.

Historically, this dynamic stretch of river has been integral for salmonid migration, but in recent years, it was blocked off from the river to house a hatchery. However, the hatchery proved unsuccessful and was shut down a decade ago, leaving this prime stretch of water isolated and unused. By reconnecting Barnaby Slough with the Skagit, we can once again make this prime habitat accessible to wild salmon and steelhead.

The Skagit River System Cooperative’s initial feasibility study showed that reconnecting this stretch would provide more than four miles of restored habitat, which should lead to roughly 2,000 more Chinook being produced in the Skagit River Basin every year. This habitat and restored river processes will also greatly benefit wild steelhead in the Skagit and further the recovery of these magnificent fish. 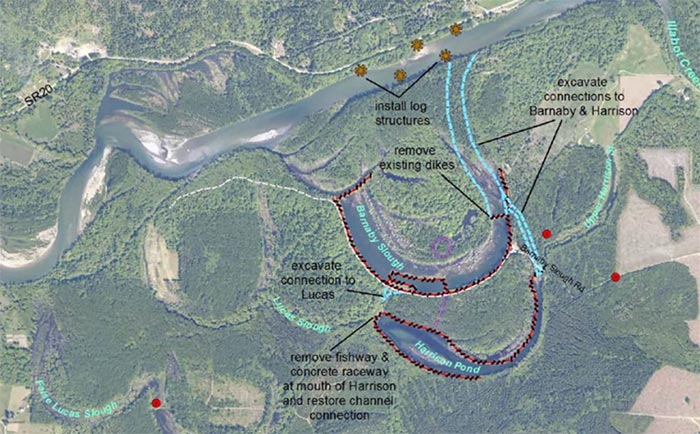