Before television, people got their news at the movie theater. British Pathé was at the forefront of cinematic journalism, blending information with entertainment to popular effect. Over the course of a century, it documented everything from major armed conflicts and seismic political crises to the curious hobbies and eccentric lives of ordinary people. If it happened, British Pathé filmed it.

In this piece of archival footage, the lens is turned toward the famed salmon fishery of Scotland’s River Tweed. We see one of the region’s master fly tiers creating a glorious Jock Scott without the aid of a vise and then we watch as a party of anglers takes to the water. It was a simpler time, and the waders look a lot less comfortable. Cool stuff! (hat tip: Le Mouching.) 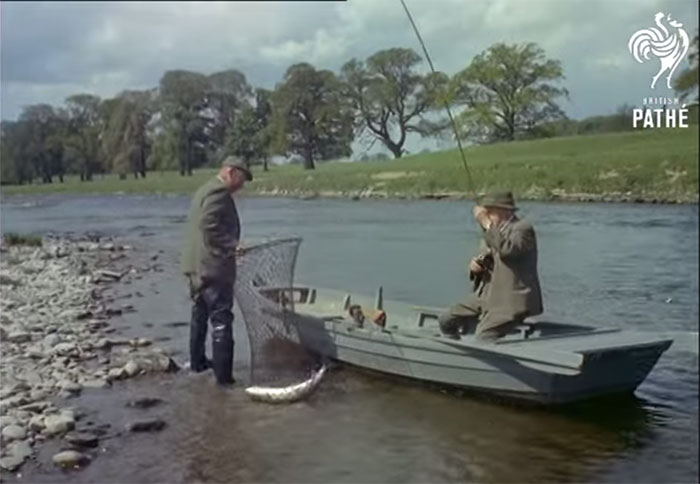