Scandinavian anglers have taken the fly-fishing world by storm over the past few years, mostly through the medium of video. Groups such as FrontsideFly, Jazz & Fly Fishing, and Inwaders Media have shown us some amazing fishing for trout and salmon and have introduced us a cast of quirky characters, such as Rolf Nylinder, Håvard Stubø, and Peter Christensen.

The film “The Scandinavian Way” shows Peter fishing in Montana with our own Simon Perkins (of Sharptail Media fame), and the clash of cultures is intense. Englishman Toby Burrell bolsters “Team Old World,” but these are American trout, after all. According to the film description, the Europeans are convinced that their American counterparts have lost any connection with the traditions of fly fishing’s past, while the American’s believe the Euros are still fishing in the stone age. This looks to be a fun film, full of hilarious trash talking and great dry-fly footage. 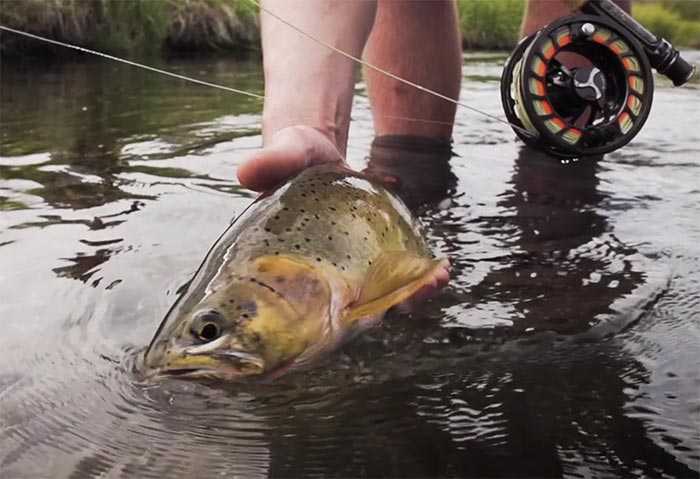