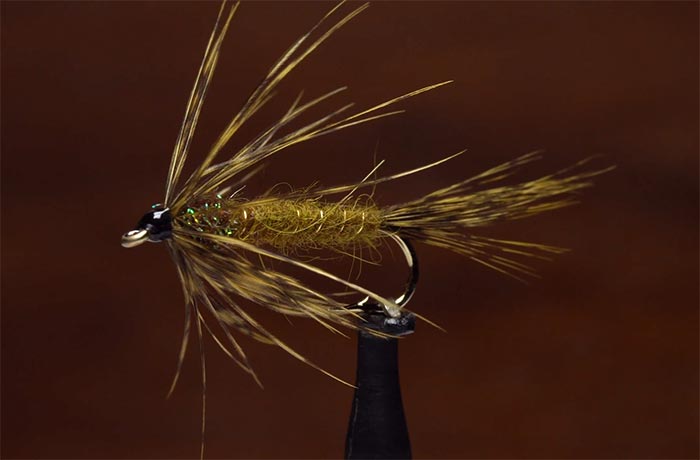 The history of the original Carey Special is a bit fuzzy, and it depends on your source material. The pattern was developed in the 1920s or 30s in Quesnel, British Columbia. According to one story, the fly was invented by Dr. Lloyd A. Day, who called it Monkey Faced Louise; it was eventually renamed for Col. Tho Carey who popularized it. Alternately, Colonel Carey created the pattern for Doctor Day, or they both played a part in the process. However it came to be, the Carey Special was intended for the lakes and ponds of central BC, and served as a general attractor pattern that could imitate dragonfly nymphs, small fishes, or even crayfish.

In the latest video from Tightline Productions Tim Flagler walks you through the process for tying this useful fly, which can be created in a wide variety of materials and colors. Just looking at the buggy, fishy profile suggests that the Carey Special will catch most things that swim. Make sure watch Tim’s videos in full 4K resolution. You’ve never seen fly tying look so good.

4 thoughts on “Video: How to Tie the Carey Special”