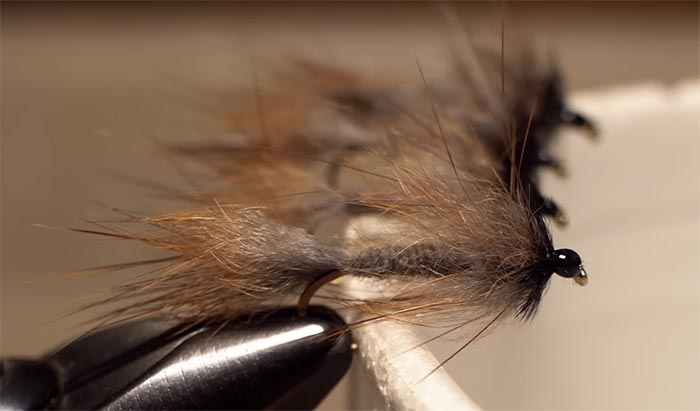 The Casual Dress is the creation of one of fly tying’s pioneers, Ernest “Polly” Rosborough. A native of Klamath Falls, Oregon, Rosborough developed a series of impressionistic flies, which offered a sharp contrast to the detailed, exact imitations that many anglers favored. Rosborough’s book, Tying and Fishing the Fuzzy Nymphs (1965), introduced the angling world to patterns such as the Casual Dress. Over the years, this pattern has become a go-to nymph for many anglers, right up there with the Hare’s Ear or the Pheasant Tail.

In his latest how-to video, Tim Flagler of Tightline Productions walks youthrough the steps for tying this very simple pattern, which uses just muskrat fur and ostrich herl. If you need a refresher on creating a dubbing noodle by splitting the thread, check out Tim’s tutorial from our “one-Minute Tying Tips” series.