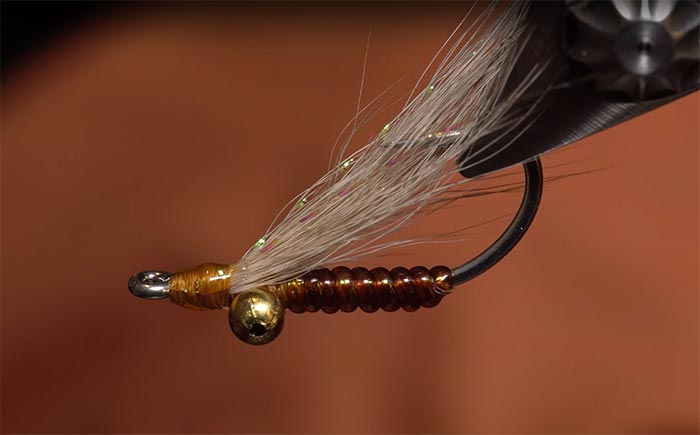 California fly tier Peter Koga spends a lot of time chasing the big bonefish of Hawaii’s tricky flats fishery, and he has developed patterns for use when these trophy fish get finicky. His Hula Charlie is a variation of the original Crazy Charlie, which was developed with Bahamian bones in mind. In this video from Tightline Productions, Tim Flagler films Koga at the vise, as he demonstrates the steps to create his pattern. The Hula Charlie is much simpler than Koga’s Bonefish Shrimp, which we featured last month. So if you’re heading to the tropics to chase bones, add a dozen of these to your arsenal.

3 thoughts on “Video: How to Tie Koga’s Hula Charlie”