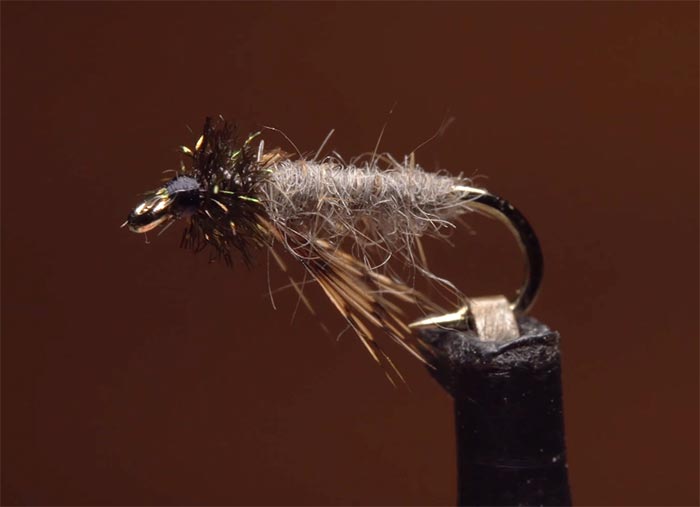 Matching the hatch is the goal of almost every fly fisher, but sometimes a fly that doesn’t necessarily resemble anything (to us, anyway) is a consistent fish-producer. The Muskrat Nymph used to be very popular, so much so that in his 1987 The Book of Fly Patterns, Eric Leiser wrote:

A number of seasons ago, I took a survey to find out which patterns were the top ten flies in various categories. I was a little surprised that the Muskrat Nymph was number one, surpassing even the old standy, the Gold-Ribbed Hare’s Ear Nymph.

The Muskrat Nymph was created by Oregon fly-tying legend Polly Rosborough, known for his Fuzzy Nymph collection. Rosborough’s philosophy of fly tying was that the patterns should “simulat[e] the action of insect life versus trying to imitate the literal composition of aquatic insects.”

In this latest how-to video from Tightline Productions, Tim Flagler walks you through the process of creating a Muskrat Nymph. Even though the pattern is quite simple, Tim shows you ways to make the process even easier and more seamless. I am still impressed by the 4K resolution of these videos. The picture is spectacularly sharp, even at full-screen. As for the video at the bottom of this post . . . I simply couldn’t resist. I apologize if it becomes the day’s earworm.