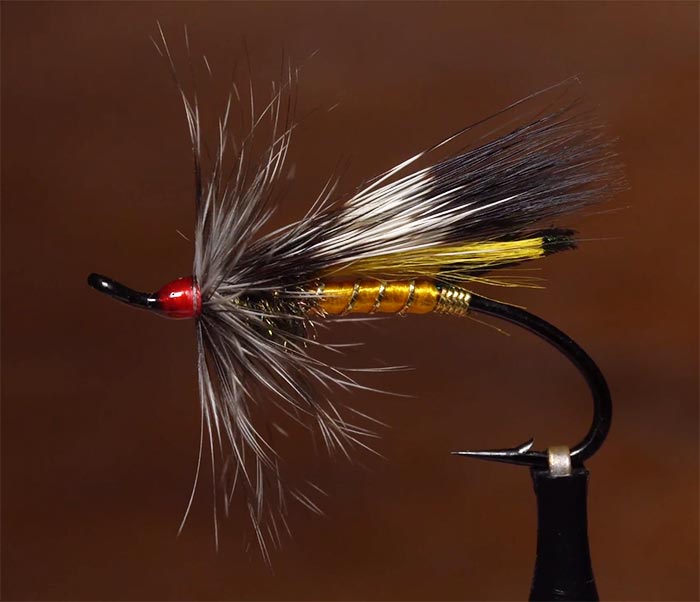 The Rusty Rat is perhaps the most famous hair-wing Atlantic salmon pattern, one that became popular among West Coast steelheaders, as well. However, the fly’s provenance has been the subject of some disagreement over the years. While it does get its name from New Brunswick angler and tier Roy Angus Thompson, who created his RAT series in the early 1900s, Thompson did not invent the Rusty Rat. The fly shown here was a collaborative effort by Restigouche County tier Clovis Arsenault and angler Joseph Pulitzer II in 1949. You can read the story here.

In this video from Tightline Productions‘ Tim Flagler, author and blogger Matt Grobert walks you through the steps to create this gorgeous pattern. Many tiers are scared of Atlantic salmon patterns because there are so many materials, which can be difficult to control. The Rusty Rat is a great training fly that will teach you many of the techniques required to tie more-complex patterns. Grobert’s lessons on choosing materials, tying them in, and controlling the thread will make you a better tier, too.

3 thoughts on “Video: How to Tie the Rusty Rat”