There are many ways to use dubbing to create bodies, thoraxes, and such on a fly, and each creates a different effect. Here, Tim demonstrates a technique called “touch dubbing,” which allows the individual hairs of the fur to splay wildly, resulting in a really buggy effect. The keys are to properly prepare the dubbing, use the right wax, and add the dubbing a pinch at a time. 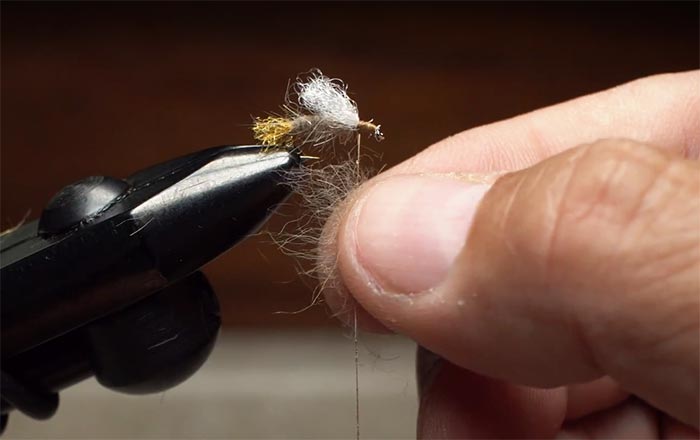