The latest video from Dave and Amelia Jensen is all about a single fish, and not even the kind of trophy trout we’re used to seeing in their productions. Instead, it’s a picky little bugger that they’ve spotted in a small meadow stream, and the angler has to make several changes before he gets thing ju-u-u-st right. Here’s how Dave describes the action:

We were out on a small spring creek with a friend, and he eventually got the trout to take a hopper. Before that, mind you, we had to contend with first spotting the brown in among the glare from a passing white cloud to the north, as well as a cloud covering the sun. The brown ignored the caddis, then the caddis with dropper nymph, then a small hopper, before finally coming to inspect a larger deer-hair grasshopper pattern. It was neat to watch the fish hang immediately below the hopper before smashing it.

How many of us would have had the patience to make that many changes for a single fish? 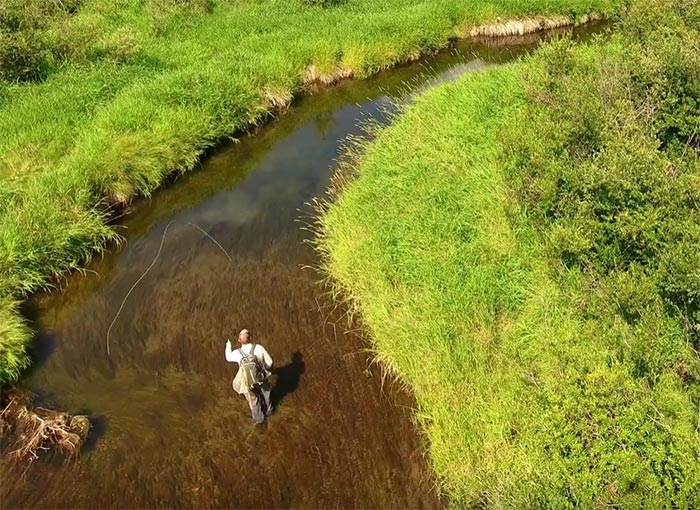