A biot is feather barb from the leading edge of a primary wing feather from a large bird. In this video, Tim Flagler explains the differences between goose and turkey biots and then shows how they can be used to make fly tails, legs, antennae, and bodies. More importantly, Tim explains why you should strip each biot from the stem, instead of cutting it. 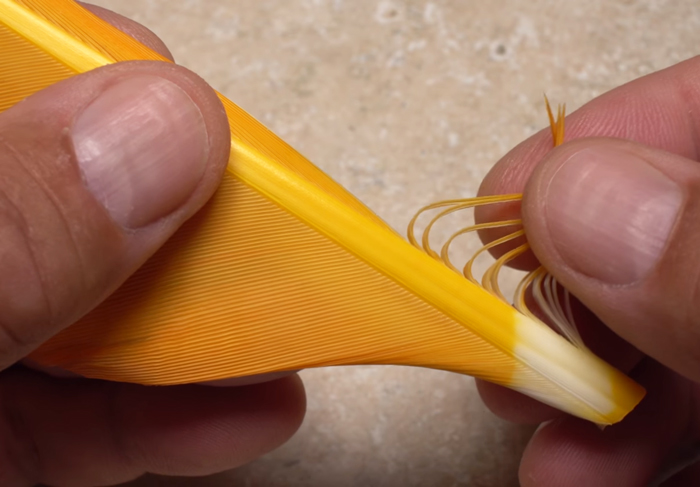