I recently received a Facebook message from a Swede named Patrik Lind, with a link to his new video. As soon as I opened the link, I thought, “Where the heck is that?” After watching the video and seeing the incredible fishing on display, I went right to Google Maps, which explained:

Lakshadweep is a tropical archipelago of 36 atolls and coral reefs in the Laccadive Sea, off the coast of Kerala, India. Not all of the islands are inhabited, and only a few are open to visitors (permits required). With coconut trees, secluded beaches, lagoons and coral reefs, the islands are known for their scuba diving, snorkeling, kayaking and fishing.

The theme of the video is that these islands are virtually untouched, which is astonishing, given that India is the world’s most populous country. According to the filmmakers, the Lakshadweep islands make up the eastern border of the “Giant-Trevally Triangle” of the Indian Ocean. It looks like a fascinating, magical place. 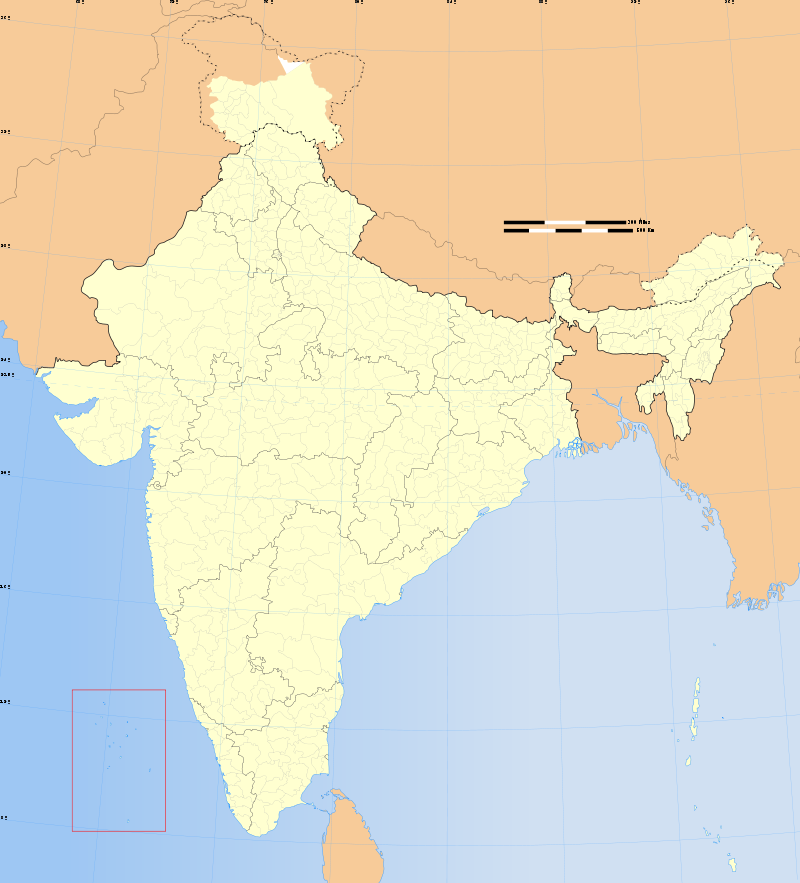 The archipelago lies off the southwestern coast of India.
Map by CC-by-sa PlaneMad/Wikimedia 2 thoughts on “Video: Where in the World is Lakshadweep?”