Here are two peeks behind the curtain at the lives of fly-fishing professionals: a guide and a filmmaker. They are completely different kinds of profiles, but some of the truths they share are universal to anglers everywhere. The first video (above) features Ryan Newman, head guide of Rocky Mountain Outfitters, the 2103 Orvis Endorsed Guide Service of the Year. The video came about when Ryan met a budding filmmaker named Gabe:

He was following people around with a camera to find their passion.  He said he had done a mini documentary on a girl boxer and a professional bowler.  I said you should do one on a fly fishermen…well, he took me up on it, and the video is what became of it.

The second video (below) features Peter A. Christensen, who is partnered with our old pal Rolf Nylinder in Kokkaffe Media. Peter is one of the men behind one of our favorite videos of all time. As you’ll see, he has very strong opinions about the importance of fly fishing, and it has been the focus of his life since he was a schoolboy. He’s also hilarious. 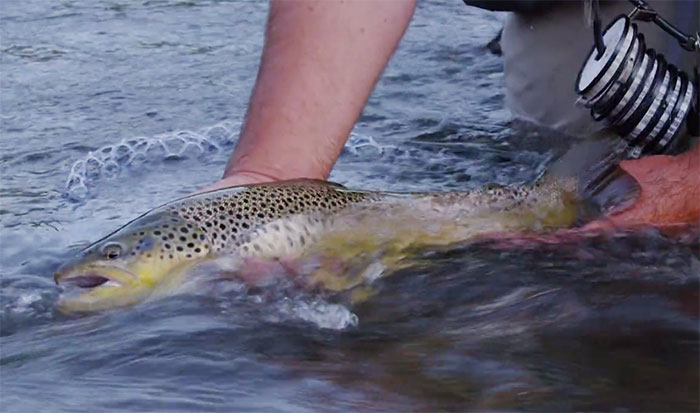 2 thoughts on “Videos: Behind the Scenes with Two Kinds of Trout Bum”