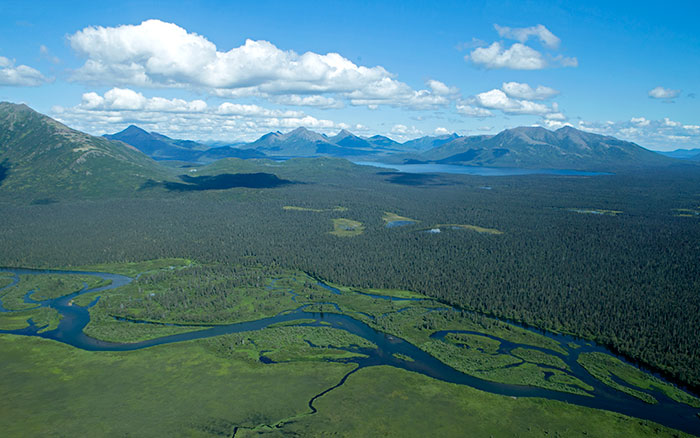 This is the first installment of a new feature on the Orvis Fly Fishing blog, the Wednesday Wake-Up Call, a weekly roundup of the most pressing conservation issues important to anglers. From the new rumblings about Pebble Mine to climate change to public-lands issues, we’ll share links and offer ways that you can make a difference–whether it’s sending an email, sharing information, or making a donation. Working with our friends at Trout Unlimited, Backcountry Hunters & Anglers, the Theodore Roosevelt Conservation Partnership, and Conservation Hawks (among others), we’ll make sure you’ve got the information you need to understand the issues and form solid opinions.

At the top of the list this week is Pebble Mine because last Friday, the U.S. Army Corps of Engineers accepted Pebble’s application for permits to mine in Bristol Bay. (See the video above for a news report from KYUU in Anchorage, and here’s the article that goes with it.) Although the Pebble Partnership claims that the changes they’ve made to the original proposal address many concerns of opponents, TU’s Nellie WIlliams isn’t having any of that:

For starters, the application indicates Pebble is currently proposing to mine 1.2 billion tons of ore over a 20-year timeframe, but we know the deposit is close to 11 billion tons and even today, Pebble’s own website says, “We believe it’s possible that the Deposit may hold a century’s worth of minerals.” (See also Ron Thiessen’s presentation to Denver Gold Forum in Sept. 2017 where he says, “…this project, it’s a multi-generational opportunity. Its size and scale will lead to a very, very long life mine.”) Second, they want to construct a massive transportation corridor system that would cross numerous salmon rivers without adequate review of potential fisheries impacts. Third, despite recent presentations by Pebble saying they’ll stay out of Upper Talarik Creek, there is a water discharge facility in the headwaters, and a proposed road that must be built over the creek. Finally (for now), the permit application identifies more than 4,000 acres of wetlands and other waters to be filled at the mine site (See pp. 36-37, Table 22-4), which far exceeds the 1,200 acres evaluated by the EPA in its Watershed Assessment. (See Final BBWA at ES-14 and p. 14-12. See also Proposed Determination at 4-20.) The EPA’s Proposed Determination would have limited the discharge of dredged or fill material that would result in the loss of 1,100 or more acres of wetlands, lakes, and ponds contiguous with either streams with documented anadromous fish occurrence or tributaries of those streams. (See Proposed Determination at ES-5 to ES-6.)

All this confirms what we have suspected for some time: Pebble is continuing to deceive and mislead Alaskans, and their “new” mine is nothing more than their same old mine plan in package they hope is more digestible to Alaskans.

You can read the official TU response, which is very measured and takes the long view, by clicking here.

Last year, we joined many others in the outdoor industry in helping to push through the Florida legislature a bill to fund the creation of a deep-water reservoir south of Lake Okeechobee. (Learn more here.) But that was really just the first step in the movement to save the Everglades and to stop harmful discharges from Lake Okeechobee, A story in yesterday’s TCPalm–which covers Florida’s Treasure Coast–outlined five plans that have been presented to lawmakers, each designed to fix the region’s water problems. But not everyone thinks that the right solution is among the proposals. Watch the video above, and then click here for the full story. 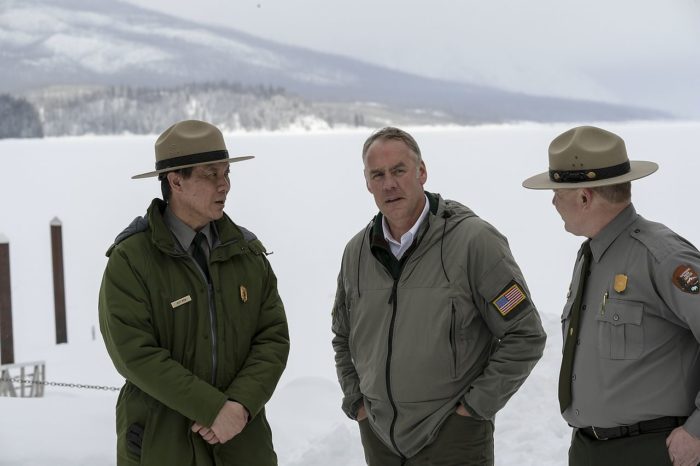 Secretary Zinke and NPS staff talk at Lake McDonald in Glacier National Park.
Photo via U.S. Department of the Interior

In case you missed it, Outdoor Life magazine posted a very long interview with Secretary of the Interior Ryan Zinke, which covered a wide range of issues, from public lands to climate change. As a former editor at OL, I was surprised that they were willing to be this hard on Zinke–and based on the comments below the story, many of their readers were quite taken aback. We’re talking about a magazine that once gave its Conservation Award to Rep. Don Young of Alaska. The author of the article, Andrew McKean presses Zinke on many points, and some of the Secretary’s statements may shock you, such as what he has to say about public-land access:

When I ask Zinke if he’s suggesting that hunting and fishing were restricted activities in the original monument designation, he says that his most vocal critics support monuments because they often prioritize backcountry recreation and non-motorized access, which he says limits access to “an elitist sort of hunter and fisherman.”

The OL article is a long read, but it is quite revealing. Here’s one reader’s response. 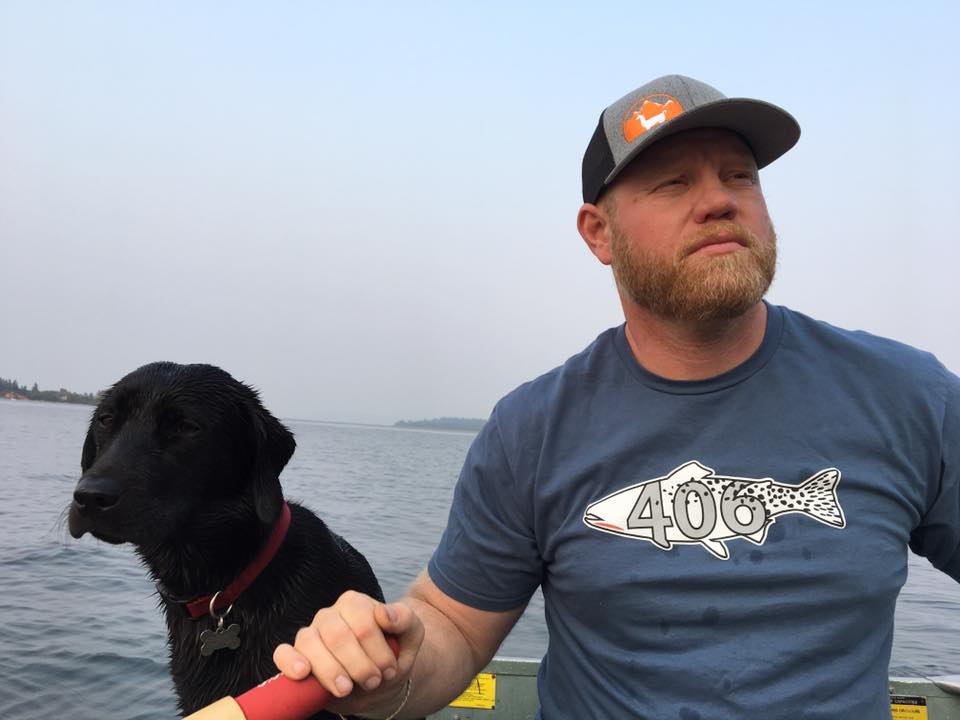 Land Tawney and Tule enjoy time on the water.
Photo via Facebook

Here’s another good interview, this time with Land Tawney, president and chief executive officer of Backcountry Hunters and Anglers, which is based in Missoula, Montana. Tawney explains how his organization is different from some more-traditional conservation groups, and he outlines some important goals for the near future.