Welcome to the second installment of a new feature on the Orvis Fly Fishing blog, the Wednesday Wake-Up Call, a weekly roundup of the most pressing conservation issues important to anglers. From the new rumblings about Pebble Mine to climate change to public-lands issues, we’ll share links and offer ways that you can make a difference–whether it’s sending an email, sharing information, or making a donation. Working with our friends at Trout Unlimited, Backcountry Hunters & Anglers, the Theodore Roosevelt Conservation Partnership, and Conservation Hawks (among others), we’ll make sure you’ve got the information you need to understand the issues and form solid opinions.

Inside the Pebble Mine Permit Application 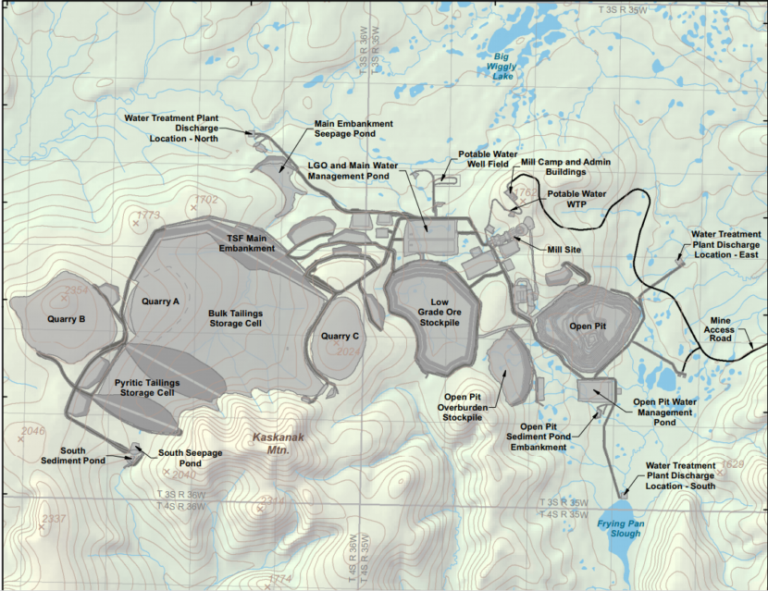 Last week, we posted about how the U.S. Army Corps of Engineers had accepted the Pebble Partnership’s application for permits to mine in Bristol Bay. Now, we are getting a better understanding of what is actually in the new proposal. The first thing to note is that, although we call it a mine, it’s a whole lot more, as Alaska Journal of Commerce makes clear:

Published by the Alaska District of the U.S. Army Corps of Engineers, the plan details a project that is much more than a mine. According to Pebble’s plan documents, its reach would stretch 187 miles from the mine site north of Iliamna Lake to the edge of the Sterling Highway on the southern Kenai Peninsula.

In between would be a natural gas pipeline up to 12 inches wide traversing the Cook Inlet sea floor for 95 miles from the Anchor Point area to a deepwater port at Amakdedori west of Augustine Island.

From there, a two-lane, private road would run 35 miles northwest to a ferry terminal on the south shore of Iliamna Lake. An ice-breaking ferry would then shuttle materials 18 miles across roughly the midpoint of the massive Iliamna Lake, which is the largest in Alaska.

Another 30 miles of industrial road would connect the north ferry terminal near the village of Newhalen with the mine site. The gas pipeline would follow the rest of the transportation corridor to the mine.

As you might expect, mine opponents remain unconvinced, and the’re worried that this “reduced” plan is just the beginning. Quoted in the radio story from Alaska Public Media below,  Tim Bristol, executive director for SalmonState, says that he’s worried that the permitting process will be overly permissive. In his eyes, this permit will be a “classic bait and switch.”

I highly recommend you read the entire story in the Alaska Journal of Commerce and then listen to the report from Alaska Public Media by listening below. (Click the arrow to listen.)

Last year, we joined many others in the outdoor industry in helping to push through the Florida legislature a bill to fund the creation of a deep-water reservoir south of Lake Okeechobee. (Learn more here.) Now, a coalition of 100 Florida Bay fishing guides is calling on Gov. Rick Scott to step into the process of planning the EAA reservoir to ensure that it has “a large enough footprint to provide optimal benefits to Florida Bay, as well as the Caloosahatchee and St. Lucie Rivers.” In a letter to the Governor, the Florida Bay Captains wrote,

As our elected officials, we ask you to hold the South Florida Water Management District accountable to the promises made to us in Senate Bill 10- finding “the optimal configuration of the EAA Reservoir project”. Optimal configuration means optimal benefits to our estuaries which are the lifeblood of our state’s economy.”

A great article on the Miami Herald‘s “Naked Politics” blog spells out the issues that pit anglers, captains, and conservationists against the South Florida Water Management District and the Army Corps of Engineers. Click here to read the article.

I don’t know what’s going on with all the great conservation coverage at Outdoor Life magazine, where I was an editor from 1996-98, but I like it. The magazine has a long history of being a leading voice on wildlife conservation issues, but in recent decades has been much more vocal about gun rights. Glad to see OL returning to its roots.

Last week, we posted the magazine’s less-than-flattering profile of Secretary of the Interior Ryan Zinke, and now comes a piece about a proposed mine on the borders of the BWCAW in northeastern Minnesota. Author Alex Robinson does a great job of outlining the plan, the issues raised, and the threat to the local environment:

Northeastern Minnesota is known as the Iron Range and taconite mining is deeply tied to its history. But Twin Metals, the Minneapolis-based company that holds the leases, is planning an underground copper-nickel mine, which has never been tried in the state. Opponents argue that this type of mine is much more toxic and risky than the traditional taconite mines of the Northstar State’s past.

The Campaign to Save the Boundary Waters states on its website: “It produces giant waste piles that, when exposed to air and water, leach sulfuric acid, heavy metals and sulfates. Sulfide-ore copper mines pollute groundwater, rivers and lakes. In the history of sulfide mining, pollution has never been avoided.” Secretary of the Interior Ryan Zinke.
Photo via doi.gov

And speaking of Secretary Zinke, he seems to have caused nearly the entire National Parks System Advisory Board to resign:

“From all of the events of this past year I have a profound concern that the mission of stewardship, protection, and advancement of our National Parks has been set aside,” wrote Tony Knowles, the head of the advisory board, in a resignation letter dated Monday that was co-signed by eight other members of the 12-member panel.

Apparently, Zinke has refused to meet with the board. If you care about our National Parks the way we do, you’ll want to keep on top of this story. Click here for the full article in the New York Times.

The Birth of Bonefish

In positive conservation news, Bonefish & Tarpon Trust has announced the first successful induced spawing of wil bonefish, which will allow scientists to grow the eggs and raise bonefish in captivity.

The Bonefish Restoration Research Project (BRRP), which is based at Florida Atlantic University’s Harbor Branch Oceanographic Institute, achieved this milestone with assistance from Cape Eleuthera Institute from during field experiments earlier this month in the Bahamas. A team led by Dr. Jon Shenker of the Florida Institute of Technology and Dr. Paul Wills of FAU-HBOI successfully used reproductive hormone injections to induce final mature eggs in a female that had been captured from the wild in a pre-spawning state of development. The female was stripped spawn and the eggs fertilized by a stripped spawned male, which resulted approximately 24 hours later in live bonefish larvae.

“We now know that we can indeed get bonefish to spawn in captivity,” said Dr. Shenker. “This success will help us optimize methods to induce spawning of fish brought in from the natural habitat, and to spawn fish maintained for a long time in a controlled aquaculture facility. Our newly-hatched larvae will also enable us to start learning how to culture these very unusual leptocephalus (“slender head”) larvae.”