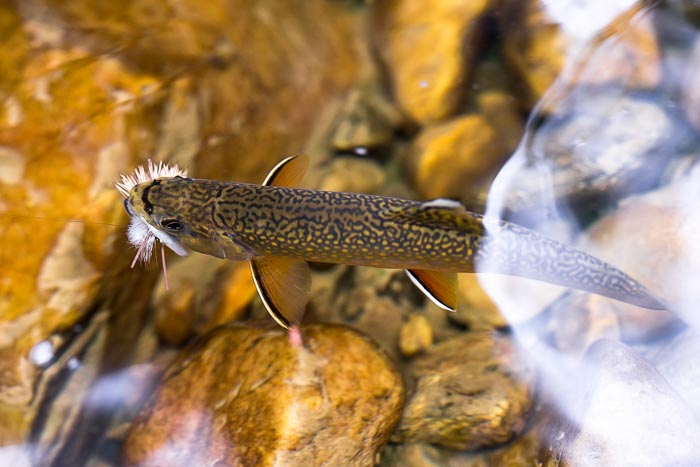 Wild trout depend on clean water to survive.
Photo by Tom Rosenbauer

Last week, we were praising the EPA for reversing course on Pebble Mine, but almost immediately, the agency re-established itself as being on the wrong side of the clean-water issue by announcing that it has finalized a rule that will suspend the 2015 Clean Water Rule for two years. Here’s why anglers should be concerned about this:

Clean Water Rule clarified that federal Clean Water Act protections apply to smaller tributary streams that may flow intermittently. Such headwater streams comprise over 60 percent of all stream miles in America and provide crucial spawning and rearing habitat for salmon, steelhead, and trout.

Protecting our headwaters streams is among the top priorities for lovers of wild trout.

Click here for the full story from the TU blog. 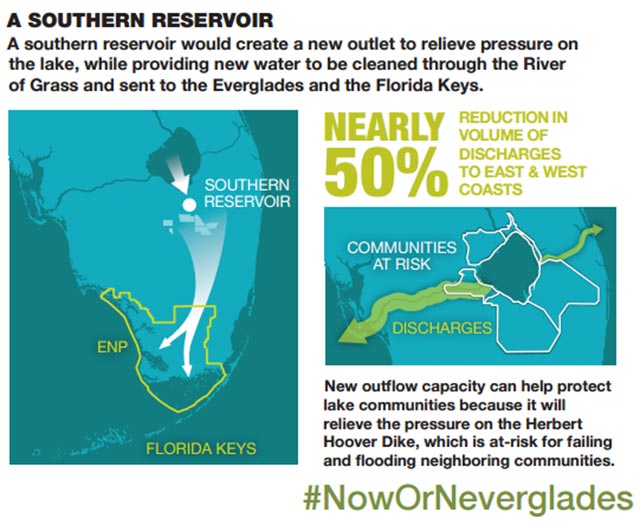 The benefits of a reservoir south of the big lake are pretty clear.
Graphic via the Everglades Foundation

Tomorrow, the South Florida Water Management District Board is expected to announce which of the five proposed plans they prefer for a reservoir south of Lake Okeechobee. Sadly, most Everglades advocates expect the plan chosen to call for a reservoir that’s too small to really be effective. One of the problems is that a larger reservoir requires more land, and some landowners are not willing to sell:

The water management district was charged with approaching willing sellers of land in the Everglades Agricultural Area but have found few takers. Indeed, the sugar farmers who own most of the land have said — repeatedly — they won’t part with it.

An op-ed on TCPalm.com makes the case for choosing one of the larger options. 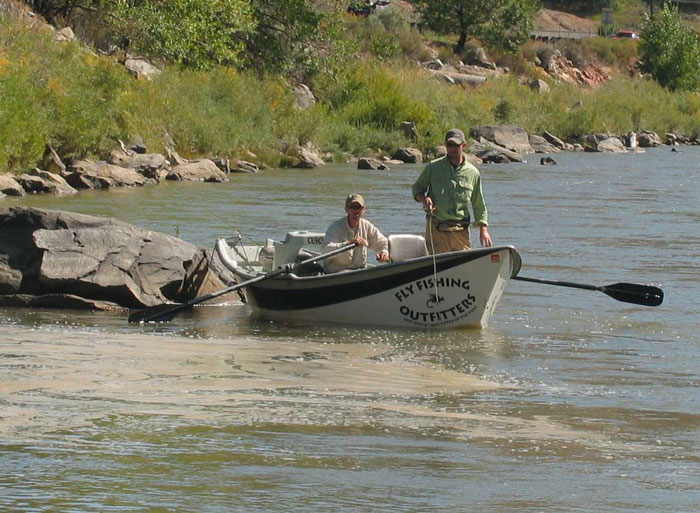 Colorado anglers may soon be able to get out of the boat.
Photo by Phil Monahan

Anyone who has ever been on a float trip through private land in Colorado has heard the “don’t get out of the boat” rule. Whereas other Western states limit ownership of riverside land to the high-water mark, in the Centennial State, a landowner who owns both sides of the river also owns the riverbed. This means that wading–or even getting out of the boat to pee–is strictly forbidden. But a lawsuit brought by angler Roger Hill against a landowner with whom he has had many run-ins seeks to change things. The stakes are huge:

If Hill wins, the Arkansas River could be open for wade fishing through private land, and the standard could apply to just about every Colorado waterway.

At issue is a federal doctrine called “navigability for title,” which takes a bit of complaining. Click the link below to bring yourself up to speed.