Graphic via the Everglades Foundation

We have been posting for weeks about the decision to build a reservoir south of Lake Okeechobee to help deal with polluted runoff. Two weeks ago, the South Florida Water Management District Board announced that it was supporting a small, cost-effective reservoir plan. Now, the Everglades Foundation has claimed that the plan will not do enough to protect the River of Grass:

The report claims the project doesn’t have the capacity to remove enough phosphorus from Lake O water to meet federally mandated standards before the water is sent south to the Everglades and Florida Bay.

It also claims a recent modification to make the project’s reservoir a source for crop irrigation will result in farms and the Everglades competing for water.

Most conservation organizations would like to see a much larger reservoir built. Hurricane Irma did not help the situation, as it wiped out much of the vegetation that serves to filter water.

Click here for the full story on the Everglades Foundation report.

In happier Florida news, the Guides Trust Foundation–which raised money to help Florida Keys guides–recently posted an acknowledgement and thank you page for the Hurricane Irma Guides Relief Fund. As you’ll see, many in the fly-fishing industry help with this remarkable effort. As the organization’s Chair Emeritus, Carl Navarre, Jr., said, “It is no exaggeration to say that each dollar you gave made a difference in the lives of 136 Keys fishing guides.”

3. Call to Action to Stop Pebble Mine 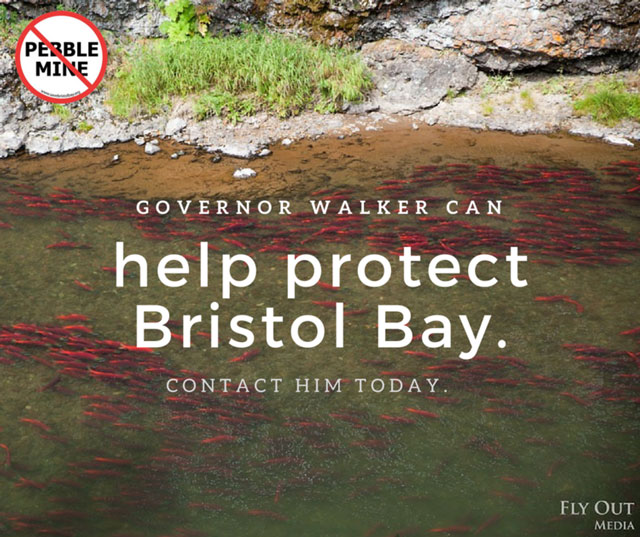 Save Bristol Bay recently published an excellent update on what’s happening with the proposed Pebble Mine project in Alaska:

1. Pebble filed their federal mining permit applications at the end of December after promising to do so for over a decade. This started the permitting process with the U.S. Army Corps of Engineers, who accepted Pebble’s application in early January. When there is another meaningful opportunity to weigh in, we will immediately let you know.

2. Pebble applied for an additional non-mining, exploration permit with the state of Alaska. This is known as their Miscellaneous Land Use Permits (or MLUP). This is an important litmus test for the Governor to show us where he stands when it comes to Pebble, so it’s also important that Alaskans weigh in at this link. Thank you in advance!

3. The U.S. EPA announced that it will NOT throw out the strong proposed protections, known as the 2014 Clean Water Act Proposed Determination, for the Bristol Bay region. The agency threatened to erase the proposal after a lawsuit settlement earlier in 2017, but then over a MILLION of you commented to the Agency in opposition to Pebble Mine, and they listened. This doesn’t mean the protections will take effect, but it does mean they remain on the table to potentially be applied later. Thank you for your comments to make this happen!

4. The company continues trying to entice investors to secure funds needed for their phase one plan, and eventual plans to expand in Bristol Bay – literally paving the way for an industrial mining district in the salmon-rich region of Alaska. This thought makes us shudder and we’ll need you to continue to stand up to ensure this does not happen.

The organization is asking people to contact Alaska Governor Walker that he should hold Pebble accountable and not allow them to expand their exploration in Bristol Bay.

Click here to send a message that this is the wrong mine in the wrong place.

The Utah Division of Wildlife Resources recently rolled out a Wildlife Migration Initiative, focused on the migration needs of wildlife and native fish throughout the state.  Utah biologists have collected impressive data, often in partnership with Trout Unlimited, illustrating how barriers impact migratory cutthroat trout. The state is also working to better understand the migration obstacles of endangered fish species.