1. Sierra Club Joins the Fight to Increase the Size of Everglades Reservoir 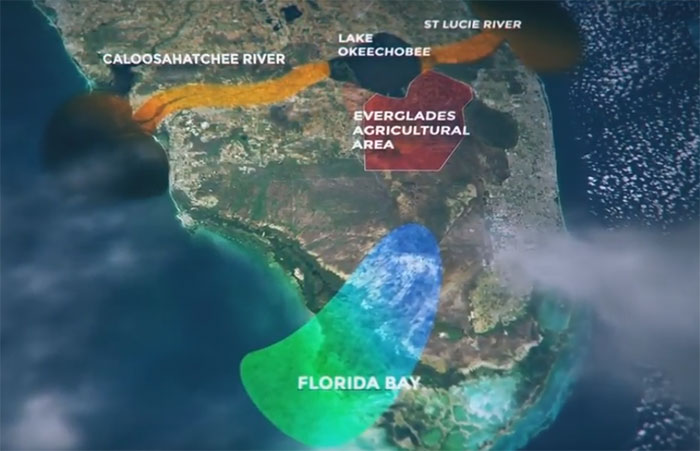 The Everglades Agricultural Area Storage Reservoir will be just south of Lake Okeechobee.
Graphic via “The Balance“

Ever since the Florida legislature approved the funds to build a reservoir south of Lake Okeechobee to help deal with polluted runoff, opponents and regulators have worked to limit the reservoir’s size. Last month, the South Florida Water Management District Board announced that it was supporting a small, cost-effective reservoir plan–one that is too small to do the job to protect the Everglades or the estuaries on either coast of South Florida. Organizations such as The Everglades Foundation, Bullsugar.org, and Captains for Clean Water have argued against the plan, and now they’ve been joined by the Sierra Club, which argues that size is not the only problem:

[I]n 2017 scientists (and senate president Joe Negron) asked for 60,000 acre of storage and cleansing marshes. Then, Big Sugar flooded the state capitol with lobbyists, crying wolf. Not only did the 60,000 acres disappear, Big Sugar turned the bill into a Trojan Horse: inserting benefits to Big Sugar that would cripple future efforts to clean the Everglades and Florida’s badly degraded public waters, rivers, and bays.

Writing on TCPalm.com, Karl Wickstrom says that the Watered-down Everglades reservoir is politics as usual in Florida. He calls for “a plan that doesn’t leave waterside communities exposed to higher risks of cancer and liver failure and neurological disease, or waste nearly $2 billion of taxpayers’ money doing as little as possible to defend public resources.”

2. Bill That Threatened Access on the Henrys Fork Dies

For several weeks, Idaho anglers and those who love to fish the Henrys Fork have been holding their breath as a controversial bill made its way through the state legislature. House Bill 496 would have changed the way that the directors of three state agencies–Parks and Recreation, Transportation, and Correction–are appointed. This change would violate the conditions of the Harriman family’s grant of the 11,000-acre Harriman State Park, which would allow the family to rescind the grant. The outcry from the sporting community was loud, and thankfully, it seems to have been heard. Todaty, the bill was pulled from consideration.

House Bill 496 finally died on the floor of the House and will be pulled off the amending order. So ends its run for the 2018 Legislature. In their zeal to change how Idaho does official business, legislators and the House almost lost the crown jewel of Idaho’s State Parks. If not for groups like Trout Unlimited, Friends of Harriman State Park. and others engaged at the legislature this could have been a very different ending.

Anglers who love the Henrys Fork can rest easy . . . for now. But if the past tells us anything, it’s that measures like this usually rear their ugly heads at a later date, hoping that no one is paying attention.

3. Can We Ever Trust Pebble Mine?

The folks pushing to develop the Pebble Mine at the headwaters of Bristol Bay are fond of telling us how well-designed and safe the project will be and that it will never threaten the fragile ecosystem that supports the world’s largest population of wild Pacific salmon. Every once in a while, however, real-world events undercut those promises. First, there was the devastating Mount Polley Mine dam collapse in 2014 (see the video above), which dumped 24 million cubic meters of tailings into local rivers and lakes in western Canada. Last Friday, a dam at one of Australia’s largest gold mines suffered a partial wall collapse, causing the mine to shut down operations. It is worth remembering these incidents whenever someone argues that fears about a collapse at Pebble are unfounded.

Click here to send a message that Pebble is the wrong mine in the wrong place. 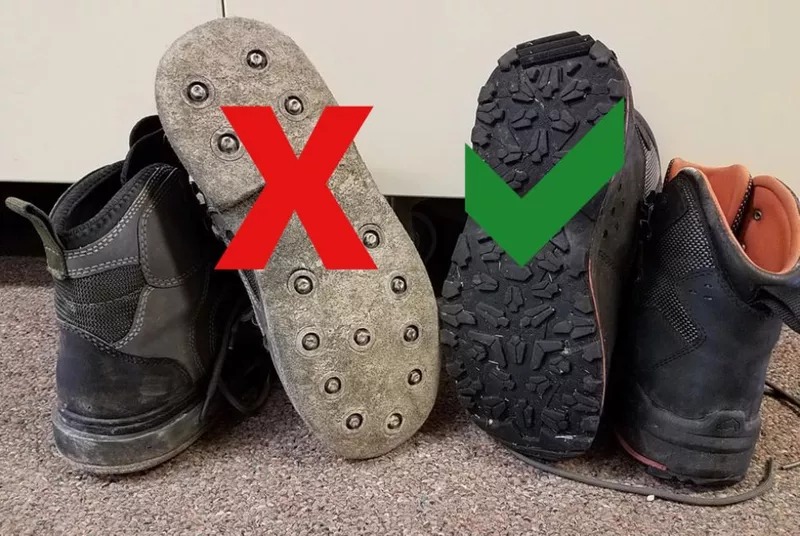 Don’t bring those felt-soled boots into the Park this summer.
Photo by National Park Service/Todd Koel

5. Biologists Attempt to Ameliorate the Effects of Whirling Disease on Colorado’s Arkansas River

Whirling disease is rarely in the news anymore, but its effects on rainbow-trout populations is still being felt across Colorado and other parts of the Rocky Mountain West. This video from the Denver Post highlights efforts to raise whirling-disease-resistant trout from the Gunnison River to re-establish self-sustaining populations in the Arkansas River. Click here for the full story.